Among older literature is King Ramkhamhaeng’s stone inscription from the Sukhothai period (1238-1419) and ※Suphasit Phraruang§ (※King Ruang’s thinking language§), one of the most well-known examples of the poetic form suphasite. “Traiphum Phraruang” is a prose work, supposedly written in 1345 by King Lithai. It tells about the underground, the earth and the sky as well as an upcoming utopian society and has had a great influence on Thai worldview.

During the Ayutthaya period (1350-1767), the form of poetry was most common, and vocabulary, imagery and theme were characterized by both Buddhist and Brahmanic culture. Traditionally, the Skaldis used to devote to the Buddha or the King their works, and many thus remained anonymous. 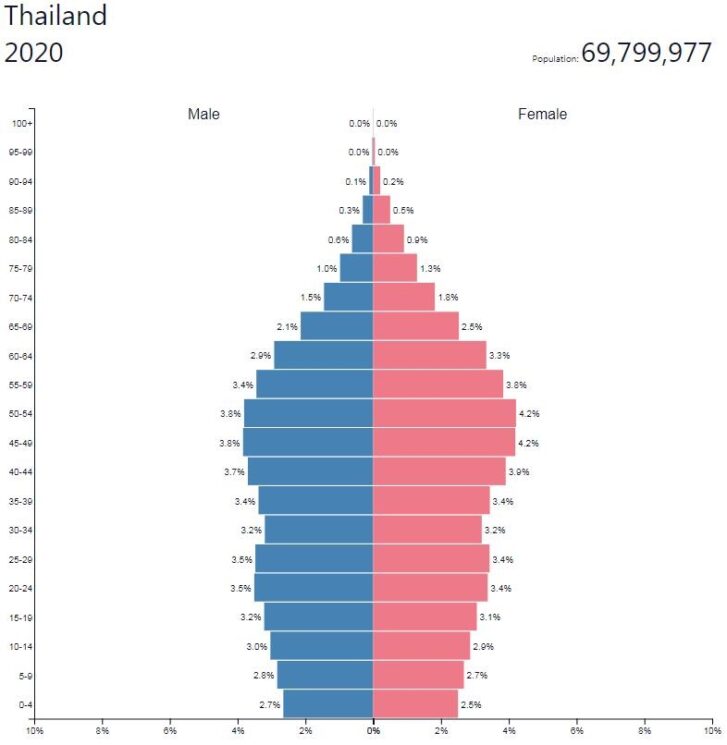 The early Bangkok period (from 1782) saw many rewritten and newly written classics such as “Ramakian” (from Hindu “Ramayana”), “Inao” (from Javanese “Panji”), “Sangthong” (from Buddhist “Jataka”), “Khun Chang Khun Phaen §(from native folk tales) and great poets such as the kings Rama I, Rama II, Rama III and Chulalongkorn (Rama V) as well as several princes. Most popular, however, was the bald Sunthon Phu, whose work is often cited. The last poet king of the classical era was Vajiravudh (Rama VI), who translated Shakespeare and Sanskrit classics.

Towards the end of the 19th century, the prose became increasingly popular, and the abolition of the absolute monarchy in 1932 meant the end of the aristocracy’s monopoly. In addition to romantics such as Dokmai Sot and Kukrit Pramoj, realists such as Siburapha, Itsara Amantakun and Seni Sawaphong also appeared. In the 1950’s and 1960’s harsh censorship was introduced, and regime critics were punished or banished. Towards the end of the 1960’s, protest literature also emerged with varying degrees of radicalism. Most important was Chit Phumisak, who inspired many in the 1970’s. After the de-radicalization in the mid-1980’s, both established and new writers experimented with romance, naturalism, expressionism and modernism.

The first film in the then Siam was already made in 1900 by a younger brother of King Rama V, the first feature film came in 1927 and the first audio film in 1932. No film industry to speak of existed until the 1930’s when Sri Krung Talkie Film Company was established with a production of three to four films per year. After World War II, the domestic movie wrestled with financial problems; most films were made on 16 mm, often without sound. With popular and artistically regarded films recorded on 35 mm as “Santi-Weena” (1954) and “Prae dum” (1961), which participated in the competition category at the Berlin film festival, the director Rattana Pestonji (1908-70) was considered) as the foreground of the Thai film. With the international attention for his work, the modern film industry was created, and new production companies emerged.

During the 1970’s, production increased to an average of about 70 feature films annually, in order to be at an annual level of about 80 in the early 1980’s. Vichit Kounavudhi (1922-97) Cherd Songsri (1931-2006) and Euthana Mukdasnit (born 1952). With the spread of television and increased market shares for films from the rest of East Asia and the US, the domestic film industry ended up in crisis. In the mid-1990’s, no more than ten films were made per year.

From the television and advertising industry came around the turn of the millennium a new director generation who with international success made genre films: Nonzee Nimibutr (born 1962), Wisit Sasanatieng (born 1963) and Pen-Ek Ratanaruang (born 1962). The latter has gained wide international coverage for festival favorites such as “Mon-Rak Transistor” (2001) and “Last Life in the Universe” (2003). Also from Hong Kong came the twin brothers Danny and Oxide Pang (born 1965) to make the action movie “Bangkok Dangerous” (1999) and the horror movie “The Eye” (2002, sequels 2004 and 2005). A more experimental director is Apichatpong Weerasethakul (born 1970)) with films like “Uncle Boonmee Remembering His Past Lives” (2010), which won the Gold Palm at Cannes.

Thailand has been a melting pot for influences from neighboring countries, especially India and China. Establishing defined style periods is not possible as these sometimes extend over many centuries and partially coincide with time. The most important style periods after prehistoric times are usually named after the capitals of the different periods.

Buddha images (500 BC – 100 AD) Buddha images have been heavily influenced by Indian art, especially the Gupta and Pala styles. Later, the Buddha images gained a strong domestic character, characterized by, among other things, the flat face shape with wide nose, cupped eyelids and thick lips. They were made of stone or bronze, sometimes in stucco, then often in relief. In southern Thailand, the Srivijaya style (700-1200) prevailed, also influenced by India. The bronze sculptures in particular are of high quality. The Lopburi style (1000-1200) was mainly influenced by the Khmer people’s culture. Here, Buddhism and Hinduism and other religious conceptions are mixed. The Buddha statue is often richly decorated with crowns, necklaces, bracelets etc.

From the mid-1400’s until about 1700, the Ayudhyas style ruled, spreading over large parts of Thailand. The Buddha images now tend to be stylized and towards the end of the period the artistic quality is depleted by mass production. The Bangkok style, which emerged towards the end of the 18th century, does not add anything new to the sculpture. The best are the small sculptures that depict episodes from Buddha’s life.

The Thai painting is mainly – like the sculpture – religious. Images of Buddha and episodes from his life are the usual motifs and are found mainly in the monastery frescoes. Style and technology alternate, and the colors are often strong with elements of gold leaf. In addition to mural painting, book illustrations (illuminated religious manuals) and paint and ink painting were practiced.

One of the oldest architectural monuments in Thailand is the Phra Prang Sam Yot temple in Lopburi, erected in stone by the Khmer in the late 1100’s. The very strict and conservative Burmese Buddhist style has, because of Burmese occupations in the 16th century, influenced the architecture of southern Thailand. In the north, however, the older indigenous styles have survived into modern times. Many impressive Buddhist stone buildings from different eras can be found in Ayutthaya in the south.

The typical wooden structure, used in palaces and monasteries, originated in Bangkok in the 18th century. The buildings consist of gradually reduced sections of the hall, whose roof protrudes from one another step by step. They have high gables and long steep tile roofs with overhanging eaves. The ends of the eaves are often marked with pointed, magnificent finishes.

In ensembles, which often in connection with dance have their function at the court, there are features that also occur in the rest of Southeast Asia. Similar ensembles have great popular breadth in connection with shadow theater and various festivals. Percussion instruments work together in a basic rhythmic pattern. The tone system differs from the western one in that the octave is divided into seven basically equal intervals. In the Pi phat ensemble there is the oboe pi nai and in the mahori ensemble the chitter instrument chakay. The xylophone robbed occurs in both. The song is related to the word tones in the language. In the northeast there is a music with a close relationship to the Laotian.

In addition to the historical influence of India and China, modern-day influences from the Western world led to musical mix forms and an extensive popular music.

Composer Phra Chenduriyang (1883-1968) created the first western orchestra for Siam’s court in 1917. Chenduriyang later wrote Thailand’s national anthem and trained music students at Bangkok University. One of these was the influential and productive composer Eua Sunthornsanan (1910-81) who in the 1930’s started the first jazz orchestra and later the orchestra Suntharaporn which mixed Thai and Western features (jazz and classical). This mixed style is called a general term phleng thai sakon and was used around 1940 for political propaganda purposes to manifest Thailand’s modernization.

After the Second World War, Western-influenced popular music developed in two directions, towards the style thung with features from American country and Latin American music, with singer Suraphol Sombatcharoen (1930-68) as an early star, and towards the more sophisticated and urban style closed.

During the Vietnam War, American soldiers were stationed in Thailand, bringing rock ‘n’ roll and other modern American popular music. This gave rise to the development of an early Thai rock style called wong shadow (after Cliff Richard & the Shadows). Later, Thai pop, also called string, developed early represented by the group The Impossibles (formed in 1966). One of the group’s band members, Rewat Buddhinan (1948-96), became a key figure in the development of Thai popular music and the music industry; in the 1970’s he started singing rock in Thai and in the 1980’s he founded Thailand’s most powerful media company GMM Grammy in the 1980’s.

In the early 1970’s, a democratization movement emerged with protest songs called phleng phuea chiwit (‘songs for life’) influenced by the American People’s Revival. The Caravan group, like other university activists, was forced to flee among the mountains in 1976 after a military coup; where Caravan began to perform for the locals. Later artists of the same style were the group Carabou (formed in 1981) and singer Pongsit Kamphee (born 1967).

One of the first major rock bands was Asanee-Wasan (formed in 1986), which was followed by alternative rock groups such as Loso (formed in 1996) and Silly Fools (formed in 1997), inspired by grunge and britpop. Heavy metal also gained a large audience during the 1990’s.

Through cinema, interest in luk thung has spread and is today, in modernized form, one of the most successful styles, often performed in glittering shows with star singers, large orchestra and dancers. The singer Pumpuang Duangjan (1961-92), who began to mix the style with string, today has legendary status. The rhythmic folk song style mother lame has been similarly commercialized. These styles are often used for karaoke.

King Bhumibol was a skilled jazz saxophonist and composer.

Hinduism’s expansion into Southeast Asia reached Thailand early and left traces in the two forms of classical dance drama, lakhon and khon, which were court theater. Lakhon was performed by the prince’s dancers in refined, lyrical style. Khon was originally a magnificent masked dance by men; acrobatic combat scenes were also included. It was a tradition to give khon at state and religious ceremonies. The texts were taken from Ramakien, Thailand’s version of the Indian epic Ramayana. Another legacy from India was the use of mudra, gesture language, in the dance. Khon and lakhon have left the palace and are still living with state aid.

Artists are trained at the theater and music school in Bangkok. They also study classical dance numbers such as weapon dance, light dance and the gilded fingernail dance. Thailand has different types of puppet shows, she, with puppets or hand puppets, but the most striking is the shadow play nang, where entire cut-out scenes are performed behind a white illuminated canvas of dancing men.