In the United States and Canada, English is dominant, while Spanish is the main language in Mexico and parts of the Caribbean. Just over 18% of the population in the United States have a mother tongue other than English, especially Spanish (2000). In Canada, where about 25% are French-speaking, approximately 1/3 of the residents languages other than English as their mother tongue. Large parts of Mexico’s population speak Native American languages, but also in the United States, Canada, and Greenland, many of the Native American and Inuit populations have retained their native languages ​​to varying degrees.

Many names in North American languages ​​are derived from neighboring peoples or from Europeans and often have derogatory meanings, e.g. the language term mohawk is Algonquian for ‘cannibal’. Today, a variety of languages had their original names again, e.g. kwak’wala the Kwakiutl, Quechan for yuma and Ohlone for costanoan. 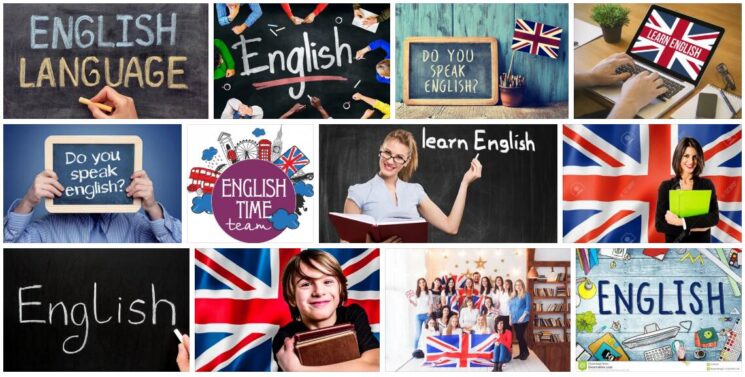 Includes shuswap, okanagan-colville, bella coola, halkomelem, spokane, kalispel-flathead and coeur d’Alène; the languages ​​are spoken by quite a few especially in the state of Washington in the United States and in British Columbia in Canada.

Includes kwak’wala or kwakiutl and nootka, each spoken by approximately 200 in Western Canada and northwestern parts of the United States.

Includes tewa, north and south tiwa, jemez and kiowa, each spoken by approximately 800-2500 in SW USA; considered by some to be related to Uto-Aztec.

North and Central American language group, which in North America includes pima-papago (about 10,000) and hopi (about 5,000) in Arizona, out and paiute (both about 1500-2000) spread in the United States as well as comanche (about 200) in Oklahoma.

Controversial North and Central American language group with few and small contemporary languages, mojave and the yuma languages ​​spoken in California and Arizona.

Includes yakima, nass-gitksan, tsimshian, nez perc, klamath-modoc and maidu and are spoken by small groups on the North American Pacific coast from Alaska to California; some include several Central and South American languages ​​as well as the small yuki golf languages in the SW and SEA USA.

For the North American Native American languages, the classification, as with other Native American languages, has been hotly debated, but in 1880-1930 some agreement was reached. Especially on the northwest coast of the continent, northern California, the pueblo area and the prairie, the large number of different languages form language alliances. Despite commonalities, the languages ​​of California alone are more diverse than those of Europe.

A number of pidgin languages that are no longer spoken have been developed through communication between Native American groups: in addition to the largest, chinook jargon, which on the northwest coast was the lingua franca of more than 100 language groups, such as mobilian jargon in the southeastern United States; others arose at the meeting of American and European languages, such as broken slavey in western Canada, michif in north dakota, and basque-algonkin in southeastern canada; the latter is the earliest documented and arose at the meeting between Basque fishermen and the micmac group.

Some Native American languages ​​are very complex, especially on the northwest coast; for example, tlingit has about 50 consonant and vowel sounds, and consonant accumulations are common; extreme examples are chinook ítpckt ‘he came up’ and bella coola nmnmk ‘animal’. East of the Rocky Mountains, the languages ​​are pronounced simpler. A common feature is glottal closing sounds, reminiscent of the Danish shock – both as independent sounds and as glottalized consonants. The sound [k] is distinctive in relation to [q], which is an uvular closing sound, which is also known from Greenlandic. Also the labiovelar [k w ] is quite common. In In Iroquois and Athapaski languages, there are no bilabial closing sounds like [p] and [b].

In the otherwise rich variation in the grammatical systems, certain common features are particularly prevalent or striking. One of them is polysynthesis, cf. this example from a story in wichita: wá-c’ar’a kiya-kíriwa-c’árasarikìtà’ahí-rikss niya-hkwírih ‘by making many trips the squirrel carried the large amount of meat up to the top of the tree, it is said ‘. The three words consist of the following elements, which to some extent change pronunciation when combined. The lexical morphemes are wa-c’ar’a ‘squirrel’, riwa-c ‘large (quantity)’, ‘aras ‘ meat ‘, kita ‘ top ‘, ‘ a ‘come’, ya-k ‘tree’ and wi’upright’. In addition, grammatical morphemes, e.g. na for participle and hrih for locative; finally, kiya marks that it is a quote.

In North American languages, the person category is most often marked by prefixes on verbs and nouns, where Danish uses pronouns. Words that express kinship or other close connections are always accompanied by an indication of who the possessor is, e.g. ‘my mother’ and not just ‘mother’. Locative endings are common. Full or partial repetition of syllables in verbs and nouns often expresses repetition of an action. Also ergative traits are represented in North American languages ​​like chinook and tsimshian, while mutsun and chumash have nominative-accusative systems. More common is a so-called active case system; in case. Here, the participants’ degree of control over the action is marked grammatically, e.g. in the language koasati, where ‘I’ is expressed with resp.a as a patient:

Several groups, cree, chipewyan, fox and micmac, have had their own writing systems since the 1800’s; most famous is the syllable script for Cherokee, invented in 1819 by the Indian Sequoya, who was inspired by the European letters without knowing their actual use. His writing system, still in use, was enthusiastically received by members of the Cherokee tribe.

From loanwords from Native American languages ​​to English, e.g. words like moccasin and tomahawk from algonkin, totem and tipi from Dakota, potlatch from chinook jargon and squash from Massachusetts. Place names of Native American origin e.g. Mississippi of Ojibwa missionary ‘great’ and -sīpi ‘river’ and Minnesota by Dakota Minnesota ‘foggy water’.

The conditions of languages ​​in the present

About a third of the North American languages ​​have become extinct as a result of the arrival of Europeans. Of the approximately 180, which is still spoken, it is only approximately 20% who serve as mother tongues for children, including Navajo, Ojibwa, Cherokee and Dakota. The loss worries both linguistics and the ethnic groups, who thereby lose their most marked relation to the cultural traditions of the past. See also Indians (language).