Elections to the European Parliament

The European Parliament has 705 members directly elected in the 27 EU Member States listed on Countryaah. Elections to Parliament are held every five years and the number of members is distributed according to the population of the Member States.

In Denmark, turnout has risen in some election years, while in others it has fallen. In 2019, however, the turnout set a record in Denmark with 66% of the population voting in the election. 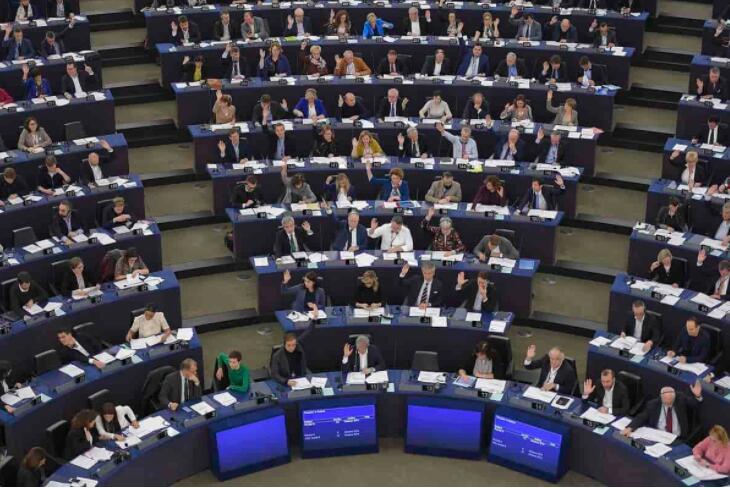 In its day-to-day work, Parliament is organized into committees, divided into different policy areas. The committees consider the individual bills. The parliamentarians are divided into the various committees. When a committee becomes the main committee in the consideration of a bill, it elects a rapporteur for the bill, who must write a report/report. Becoming a rapporteur on a proposal is a very important function in Parliament. It is the rapporteur that the lobbyists will first and foremost meet with, and it is the rapporteur who will later have to negotiate a compromise in place with the Council of Ministers and the European Commission (triologists).

The political groups receive a number of rapporteurships based on their size. The political groups then go after the law publishers they think are most important for them to get a rapporteur on. The rapporteur is responsible for preparing a draft report with various amendments to the Commission proposal. The draft report is discussed in the committee responsible, and the draft is voted on in committee before the report and the amendments are put to the vote in Parliament’s plenary, i.e. in the Chamber, where all Members of the European Parliament have the opportunity to vote.

With few exceptions, the language of Europe belongs to the Indo-European language family. They are geographically distributed with Romance languages in the west and south, in addition to Romanian in the Balkans, Baltic and Slavic languages in the east and Germanic in the north and west.

Of the less common Indo-European languages, Celtic are found in western Ireland and Scotland, as well as in Wales and Brittany, and Greek and Albanian in the south-east. In addition, especially in Central Europe, Yiddish is spoken by Jews and Romani by Roma.

The non-Indo-European languages ​​in Europe are, for example, Sami, Finnish, Estonian and Hungarian, all of which belong to the Finno-Ugric language family, Basque, which is an isolated language, the Semitic language Maltese and Turkish in the European part of Turkey and spread in the Balkans.

The current distribution of the Indo-European languages, which originally spread across Europe in prehistoric times, largely reflects conditions and events in historical times: the spread of the Roman Empire as well as Germanic and Slavic migrations in the early Middle Ages.

The Finno-Ugric-speaking peoples immigrated partly in prehistoric times (Sami, Finns and Estonians), partly in the 800’s-900’s during the Hungarian expansion from the areas around the Urals. The Altaic language Turkish spread from the 15th century across the Balkans from Asia Minor.

Recent immigration has brought large groups of Turkish, Kurdish, Arabic, Persian and Hindi or Urdu-speaking populations to most major cities in Western Europe. The linguistic integration between the peoples is sought to be promoted officially by both the Council of Europe and the EU.

The language of Europe

In parentheses are given older words or word forms which more clearly show kinship with the other languages, but which now have a different meaning or stylistically limited use.