The climate in India varies widely, from the Rajasthan desert to the cool highlands of Assam, the supposedly wettest place on earth. Outside of the mountainous regions, subtropical continental climate dominates in northern and central India, while the coastal regions and south have a tropical tropical climate.

The Indian monsoon determines the seasonal rainfall throughout India. The southwest (or summer) monsoon starts in June in most regions, depending on the region heavy rainfall falls until September or October. Due to the very different topography, the distribution of precipitation is very uneven, the highest values ​​are reached on the west coast, in the western Ghats, on the Himalayan slopes and in northeastern India. The least rainfall is in the Thar desert.

The northeast or winter monsoon winds blowing from Central Asia gain influence from October to June, but bring hardly any rain. In most regions, therefore, 80 to more than 90% of the total precipitation falls in summer. An exception is southeastern India, where it also rains during the northeast monsoon, as the monsoon can absorb moisture over the Bay of Bengal.

The climate plays a crucial role in deciding when to visit India. Remember that the climatic conditions in the north are significantly different than in the extreme south.

Put simply, the climate can be defined by three seasons – the hot season, the wet season(Monsoon) and the cool season, of which the duration varies from north to south. The coolest time to visit most places is the cooler time: November to around mid-February.

In the northern lowlands, temperatures begin to rise from February, it is hot in April and May, and the peak is in June. In Central India, temperatures of 45 °C and more are not uncommon. South India gets uncomfortably hot during this time.

The first signs of monsoons appear in some regions at the end of May – high humidity, thunderstorms, short rains and dust storms that darken the day. In the hot season you should leave the plains and visit the cooler hills, where the hill stations are now particularly pleasant (and lively).

When the monsoon begins, steady rain falls, usually from the beginning of June in the far south, until the beginning of July the monsoon has also reached the north. The main monsoon comes from the south-west, but the southeast coast (and southern Kerala) is influenced by the short and humid northeast monsoon, which brings rain from October to early December.

Temperatures hardly drop in monsoons: the hot, dry and dusty weather is only replaced by hot, humid and muddy conditions. Rain usually falls every day, but not all day. In combination with sunshine, this almost creates a steam bath atmosphere.

Best time to go to India

The monsoon ends for most regions of the country around October. This is the main tourist season for India – but it is too late to visit Ladakh, and May to October is the ideal time. In October and November it is generally not too hot and not too cool (although in some regions it can still be very hot and / or humid in October). In winter (around mid-December to mid-January), it can be surprisingly cold in Delhi and other northern cities, especially at night – in the far north it can even be very cold. The temperatures in the south are pleasant during this period.

It is worth visiting festivals in India. In May / June there are practically none. The wedding season falls between November and March, during which time it is not unlikely that you will see colorful, lively processions in the streets.

Currency exchange: The most common currencies in India (and easiest to exchange) are US dollars, British pounds and euros. Banks that change Swiss francs, Australian dollars, or Canadian dollars are rarer. Private exchange offices accept more currencies, but it is also difficult to change currencies from Nepal, Pakistan or Bangladesh outside the respective border region.

Check the individual notes when changing money, as damaged or dirty notes are sometimes not accepted as payment. Such notes can be exchanged for new notes at the Reserve Bank of India in large cities.

Priate exchange offices are widespread in India and have longer opening hours than the banks. Sometimes you can change money in hotels, but the rates are usually worse than in banks and exchange offices. When changing money, the passport usually has to be presented in India. Fees for changing money are either very low or nonexistent.

Credit Cards: The most popular credit cards in India are Visa and MasterCard. With banks like State Bank of India, HSBC, ICICI, Citibank, HDFC, UTI and Punjab National Bank you can get cash with credit cards.

Larger shops, restaurants and hotels increasingly accept credit cards, and flights and train journeys can also be paid for with credit cards.

Outside of larger cities, however, you should always have cash or travelers checks with you.

There are ATMs connected to the international network in most Indian cities. However, in the event that machines do not work, you should always have enough cash with you.

Traveler’s checks: many international brands are accepted in India, but the most common are American Express and Thomas Cook. They should be issued in US dollars or British pounds, especially if you want to exchange travelers checks in smaller towns.

Foreign Exchange Regulations: Upon entry, foreign currency worth $ 5,000 or more (travelers checks) must be declared. Indian rupees may not be imported and exported (exception: Indian residents may import or export a maximum of INR 5,000). 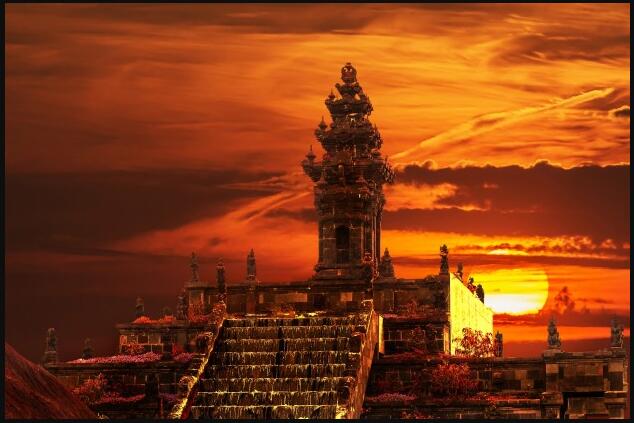 The Taj Mahal in Agra is definitely worth seeing. The palace-like building is an absolute architectural masterpiece. According to written records, more than twenty thousand craftsmen were involved in the marble construction. Overall, the construction of the Taj Mahal lasted from 1648-1653. The Maharaja Sha Jahan commissioned the construction of the huge tomb because he wanted to create a special monument for his main wife Mumtaz Mahal after she died when the fourteenth child was born.

At his request, a unique tomb consisting of red sandstone and marble was created. The Taj Mahal is decorated with many precious and semi-precious stones. The cornerstone of the Taj Mahal with its four minarets is a huge marble slab, 100 by 100 meters in size. The monument is surrounded by an 18-hectare garden with an elongated pool in the middle. The Shah Jahan was buried next to his wife after his death in 1666, so the couple reunited in death. The Taj Mahal has been a World Heritage Site since 1983.

The red fort in Agra is also worth a visit. Various Islamic and Hindu elements of architecture were used to create the impressive fortress and palace complex. The fort was built in 1565 by the great Mughal Akbar. The Maharaja Shah Jahan had the fort expanded. The red fort has a 2.5 kilometer protective wall and also an inner fastening ring. Inside the fort there are fantastic palaces, mosques and various gardens to see. For three generations of great moguls, the fort was of great importance before it was forgotten. It is called the red fort because red sandstone with marble inlays was used for the construction. There is also another attraction inside the fort, the Pearl Mosque. It is the largest marble mosque in the world. This structure has also been a UNESCO World Heritage Site since 1983.

Jaisalmer is also worth a visit. Jaisalmer is a desert city that was founded in the center of the Thar desert in 1156. The city has many old buildings to offer, be it religious buildings or palaces.
The absolute highlight of the city is the seven-story Mahrarawal Palace. Here you can see unique wall paintings and magnificent mirrors. Also worth a visit is the Salim-Singh-Ki-Haveli with its blue dome roof and the Jain temple with its beautiful reliefs and sculptures. Lake Gadi Sagar is an absolute must. It used to be a water reservoir, today it is used for boats and there are many small temples and shrines on the shore.

The city of Varanasi is something special. The city is one of the oldest cities in the world, as it was mentioned in various documents three thousand years ago. The city is located right on the Ganges and is one of the seven most important holy cities of the Hindu faith. So the city is a place of pilgrimage for many Hindus.

Varanasi is certainly an experience for every tourist, as there is a lot to discover here. You should definitely take a look at them to feel the prevailing flair there. The absolute highlight of the sights of India is the Golden Temple in Amritsar. The temple is the highest sanctuary of the Sikhs. It was built at the end of the sixteenth century. However, it had to be restored due to previous looting in the late eighteenth century. Shik leader Ranjit Singh, for example, had the Golden Temple equipped with various gold and marble decorations at the beginning of the nineteenth century, which can still be seen today. You should definitely note that if you want to visit the temple from the inside, you have to take off your shoes at the entrance. They must also be washed and headgear must be worn. Whimsical but true, the Golden Temple is only cleaned with milk.

On the first floor there is a museum in the temple about the history of the Sikhs. There are also various temples and places of worship to see, such as the throne of the timeless God, the Baba Atal tower or the Durgiana empel.

One of the most famous sights in India is the Palace of the Winds in Janipur. This is a five-story building with almost a thousand lattice windows. The facade is covered with many bay windows.

The tourists who are traveling with children should make a detour around Purana Quila. The old fort in Neudeli was built between 1508-1556 by the great Mughal Humayun. At that time it was used as a library. Today the fort is the Zoo of Delhi and there is even a boat club in the building.

India has many other sacred buildings, old forts, interesting palaces and more to offer. It is definitely worth getting to know the country better.