Georgia has general military duty from the age of 18, and the initial service is 12 months. In 1994 joined Georgia into NATO program Partnership for Peace, and the country aspire to full membership in the alliance, which Russia sits down sharply opposed. Russia has military forces in Abkhazia, which is under Russian control, and in South Ossetia.

The total strength of Georgia’s armed forces is 20,650 active personnel (2018, IISS). In addition, there are 5400 semi-military border guards and the coast guard.

The army has a strength of 19,050 active personnel, of which 4050 conscripts. Materials include 123 tanks (100 T-72 and 23 T-55), 71 storm tanks, about 189 armored personnel vehicles and 67 self-propelled artillery. In addition, the army has heavy artillery and short-range air defense missiles. 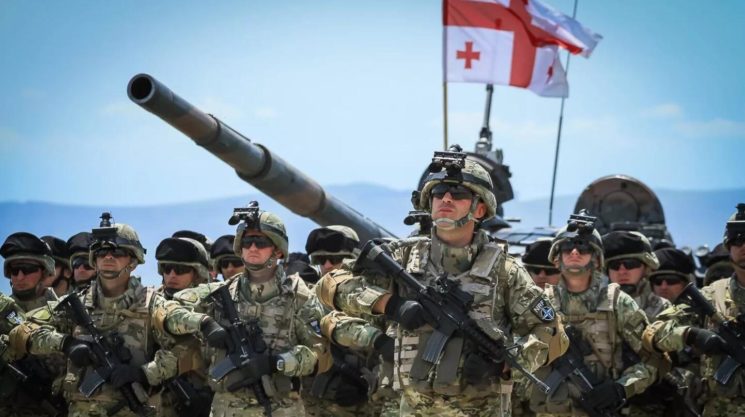 In 2009, the Navy was merged with the Coast Guard, which falls under the Ministry of the Interior. The fleet comprises 21 patrol vessels, and one landing craft.

In 2018, Georgia participated in the NATO operation in Afghanistan (Operation Resolute Support ) with 870 personnel, including the EU operation in the Central African Republic (EUTM RCA) with 35 personnel.