Corruption was and is a big issue in China. It can be found at all levels of the party, state, military and economy and is perceived by many Chinese as a great evil.

Aside from the major scandals involving leaders from politics and business, the corruption of local cadres, which is rampant in rural areas, is a major problem. These often use the administrative sovereignty over land rights to expropriate land from farmers and lease it to rich investors at a profit. The farmers, on the other hand, are only granted compensation below market value, if at all. These and other practices have resulted in the number of protests in rural areas becoming large. In 2010 alone there were 180,000 so-called mass incidents.

Out of fear for internal security, among other things, President Xi Jinping has launched a major campaign against corruption since he took office in 2012 , which is intended to put a stop to such activities at all levels of the party. While the party is now actively fighting corruption cases, the fight is primarily waged by the CCP’s Disciplinary Commission, not the prosecution and courts. It is still almost impossible for victims of corruption in China’s villages to report local party cadres and bring them to justice. Many human rights lawyers who advocate poor farmers often end up in prison themselves.

In addition to their actual purpose, anti-corruption campaigns in China also always serve to secure the power of those in power. Since Xi Jinping began to take power, it has not only attacked thousands of local party cadres, but also high-ranking party members. For example, former Politburo members Bo Xilai (2012) and Zhou Yongkang (2015) were expelled from the party and sentenced to life imprisonment in court proceedings.

In March 2018, the “National Supervisory Commission” decided to set up a super-surveillance authority which extends the fight against corruption beyond the party to state authorities and the public service.

According to dentistrymyth, China officially recognizes the fundamental principles of the United Nations Charter and the Universal Declaration of Human Rights. In addition, the People’s Republic of China has approved a number of human rights conventions by the United Nations.

In fact, there are areas in which citizens’ individual freedom in business and society has increased. These include the legalization of private property, increased mobility and improved professional and economic opportunities. There are also numerous efforts to reform the Chinese legal system.

However, Amnesty International, Human Rights Watch and other non-governmental organizations (NGOs) repeatedly report human rights violations. There are numerous violations of the rule of law, such as criminal prosecution for political reasons, imprisonment without a court sentence and torture. There is also a lack of real freedom of the press and expression, as well as independent trade unions.

In addition, the Chinese government has increasingly passed laws in the area of national security in recent years, which have systematically expanded state control options. These include the State Secrets Protection Act (2010), the Defense Mobilization Act (2010), the Counter- Espionage Act (2014), the Counter-Terrorism Act (2015), and the National Security Act (2015). The law on the administration of foreign NGOs and a law on cybersecurity were also added in 2016.

The tough crackdown on human rights lawyers by the state authorities shows how difficult it is to enforce human rights in the People’s Republic of China. Since July 9, 2015, around 300 lawyers and activists have been arrested (“709 arrests”) and sentenced to long prison terms for undermining national security. The state authorities’ intimidation of the Chinese legal profession reveals serious shortcomings in the reform of the Chinese judiciary.

The human rights situation is particularly precarious in the Xinjiang region, where the Chinese government has been interning unpopular Uyghurs by the thousands in re-education camps since 2018. Extensive digital instruments are also used for spying on and monitoring the Uighur population. In November 2019, the International Network of Investigative Journalists (ICIJ) published several hundred pages of leaked official documents about the actions of the authorities in Xinjiang under the name China Cables. In early December, the US House of Representatives passed a law calling for the closure of the internment camps.

The increasing state surveillance of Chinese citizens is also worrying. This is developing rapidly and is always taking on new forms. Technical progress, in particular, is opening up ever more extensive opportunities for the authorities. In doing so, data is no longer only collected (e.g. by monitoring social networks, electronic face recognition, DNA databases, etc.), but is also used to systematically create social behavior profiles. In some cities in China, “social credit systems” are already being tried out, which reward or punish individuals for their digitally recorded social behavior. While socially desirable behavior leads to benefits when purchasing state services, these are limited in the case of a negative social profile. The far-reaching consequences this can have is shown by a black list of the Supreme Court of the PRC, which lists 6.7 million people with poor payment behavior. It is no longer possible for these people to purchase flight or express train tickets. 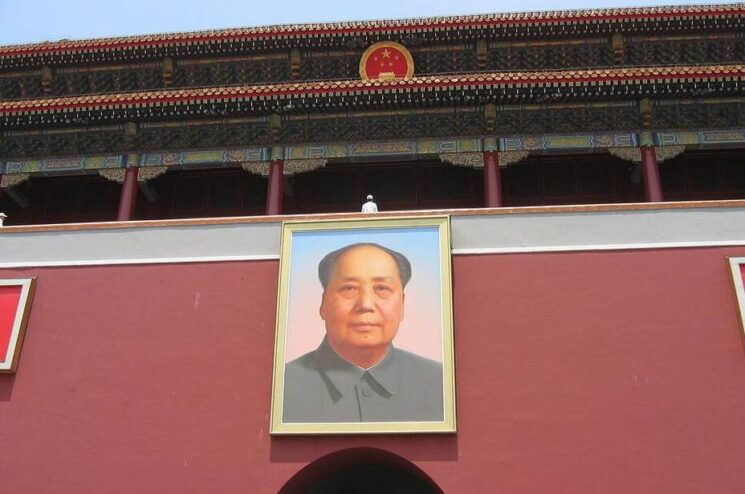