The Constitution of the PRC

The PRC has had a constitution since 1954. The current constitution of the People’s Republic of China dates from 1982 and was last amended in 2004. The constitutional text deals with the basic rights and duties of Chinese citizens and defines the organization of the state-building. According to the constitution, the head of state is the state president, who, however, has a more representative role in the political process. Nevertheless, the office of president is usually held by the politically most powerful person, as is currently the case with Xi Jinping. In March 2018, the two-year term of office of the President was lifted.

In Article 1, the PRC is defined as a “socialist state under the democratic dictatorship of the people”, which implements “by its very nature a dictatorship of the proletariat”. This de facto means that the Chinese Communist Party (CCP) has a leadership role, which is pointed out several times in the preamble to the constitution.

Another characteristic of the “socialist state” is the still important role of common property (Art. 6). For example, according to the constitution, all land in the PRC is still state or collective property (Art. 10). According to constructmaterials, although the People’s Republic of China has viewed itself as a “socialist market economy” since 1992, private property rights were only included in the constitution in 2004 (Art. 13).

The constitution contains a large number of fundamental freedoms such as equality, freedom of speech, freedom of assembly, freedom of belief, inviolability of personal dignity, etc.

In the course of the last constitutional revision in 2004, human rights were also expressly included in the constitution (Art. 33). However, Article 51 of the Constitution provides that Chinese citizens must not violate the interests of the state, society and the collective in the exercise of their rights and freedoms. The collective thus still de jure stands above individual rights.

According to the constitution, the formally highest state organ of the PRC is the National People’s Congress (NPC). From a purely legal point of view, this is a parliament that is elected indirectly every five years. The tasks of the NPK include passing laws and electing the leading members of the state apparatus.

The general assembly of the NPK has around 3,000 members and only meets once a year in spring. Much of the coordination of the legislative activity is therefore taken over by the Standing Committee of the NPC, which currently has 161 members. The chairman of the NPC Standing Committee is a senior member of the CCP Political Bureau with Li Zhanshu.

The NPC is not a free parliament as we know it from parliamentary democracies. For example, the candidate positions for the election of the local people’s congresses, from which the delegates for the NPC emerge, are determined by the local CCP cadres. Laws are not discussed extensively, but bills prepared by the CCP are waved through. A government proposal has never been rejected. 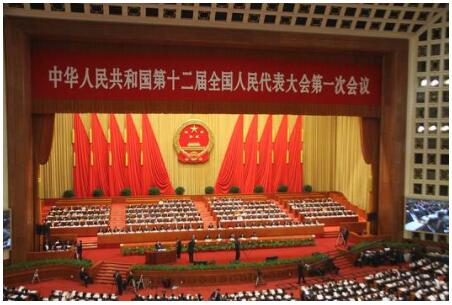 The Council of State

In addition to the ministries for finance, internal and external relations, education, traffic, internal security, etc., which are usual for modern governments, there are some special organs that can only be found in this form in the People’s Republic of China. These include, on the one hand, the State Commission for Development and Reform, which is a successor to the State Planning Commission and which has been developing the macroeconomic goals of the PRC to this day. Another special feature is the State Commission for the Administration and Supervision of State Assets (SASAC), which is responsible for the supervision of China’s state-owned enterprises.

In addition to the national level, there are five other administrative levels in the PRC, where there are also people’s congresses, people’s governments, and party committees of the CCP. The most important local administrative level is the provincial level. There are 22 provinces, five “autonomous regions” (Tibet, Xinjiang, Inner Mongolia, Ningxia and Guangxi), four cities with direct government (Beijing, Tianjin, Shanghai and Chongqing) and two special administrative regions (Hong Kong and Macao). Below the provinces there are 333 prefectures, 2,854 counties, around 40,000 parishes and over 640,000 villages. Similar to the national level, political power is mainly determined by the local party committees and not by the constitutional bodies.

The PRC regards Taiwan as a breakaway province. The government’s goal is to formally integrate Taiwan into the state system of the PRC. Taiwan, which has meanwhile turned into a functioning parliamentary democracy, does not want this. At the beginning of 2016, Tsai Ing-wen was also elected a president from the camp of independence advocates. However, an anti-secession law passed in the PRC in 2005 stands in the way of Taiwan’s declaration of independence, which threatens military means in the event of a declaration of independence. Tsai Ing-wen was re-elected president in spring 2020.

The Hong Kong and Macao Special Administrative Zones were guaranteed to maintain their economic and political structures for 50 years on the principle of “one country, two systems”. Full reintegration is expected to occur in 2047 for Hong Kong and 2049 for Macau.