The PR China is still the most populous state in the world with 1.36 billion residents. However, the population growth since the beginning of the new millennium has only been 0.6%. Since the fertility rate is only 1.6 children, it can be assumed that the value will continue to decrease.

Currently, the majority of the Chinese population is still of working age and the proportion of people over 65 is relatively low. Due to the demographic development, however, a strong aging of society is to be expected from the middle of the century. The dependency quotient, i.e. the ratio of those in need of care and those in need of care, will then be around 70%.

The rigid one-child policy practiced since the 1980’s has an additional negative effect. Originally intended to curb population growth and prevent malnutrition, strict birth control created a demographic gap. At the same time, the widespread son preference means that there are over 30 million more men than women in China. It was not until the end of 2015 that the Chinese leadership made a radical change in birth policy and abolished the one-child policy that had been in force for over 30 years. From the end of 2015, families can now have two children.

At least since the great uprising of 1959, after which the Dalai Lama had to flee into exile in India, Tibet has been under the strict supervision of the Chinese state. The region, which among other things serves as a strategic bulwark against India, was later shaken by uprisings several times. Most recently, in March 2008, the worst unrest since 1989 occurred in Tibet’s capital Lhasa and other Tibetan-populated parts of the country. The protests were always directed against cultural restrictions, social disadvantages and the government’s strategy of settling Han Chinese in Tibet. The latter was accelerated once again with the opening of the Tibet Railway in 2006.

The official language of the PR China is standard Chinese (also Mandarin or Putonghua), which is used by approx. 70% of the population is spoken or understood. Dialects predominate in the south (Yue, Wu, Minbei, Minnan, Xiang, Gan, Hakka), which are so pronouncedly different from standard Chinese that speakers of different dialects cannot understand each other.

The Hanyu-Pinyin romanization has been used as the official romanization since 1979, which is now the only romanization taught in all Chinese courses worldwide.

In addition to Chinese, numerous minority languages are spoken in the PRC. Uygur, Mongolian and Tibetan have official status in the respective autonomous region.

Various extensive Chinese dictionaries in English and German can be accessed online.

China’s society has changed a lot since the 1970’s due to the economic upheaval. The sharp division between poor peasants in the countryside and relatively wealthy workers in the cities was broken. The economic upswing created a new middle class in the cities and farmers migrated to the cities in order to work as cheap labor.

Despite all the pluralization, there is still a large wealth gap between the Chinese urban and rural populations in Chinese society. This difference goes back to the so-called Hukou system, a police registration system. During Mao times, this served as a strict migration control and prohibited people registered in the countryside from settling in cities. While the workers in the cities had a permanent job and had free housing and a number of social benefits, the peasant collectives in the countryside had to sell their harvests to the state at low prices and use the meager proceeds to go about their everyday lives. The result was a state-ordered economic division in society.

In the mid-1980’s, migration regulations were relaxed and China’s farmers were allowed to work in the cities for the first time. To this day, these migrant workers are an important element of the Chinese economy. There are now officially 270 million migrant workers in the PRC.

However, since the Hukou system still exists, migrant workers have little opportunity to be registered as urban residents in China’s large cities and are second-class citizens. They are forced to enter into precarious employment, cannot participate in the city’s welfare systems and mostly have no way of sending their children to city schools. How serious the effects of rural household registration can be was last shown at the end of 2017 when thousands of migrant workers from Beijing were expelled from Beijing in the middle of the northern Chinese winter and their dwellings were torn down. This regulatory injustice is still one of the greatest social challenges in contemporary China. 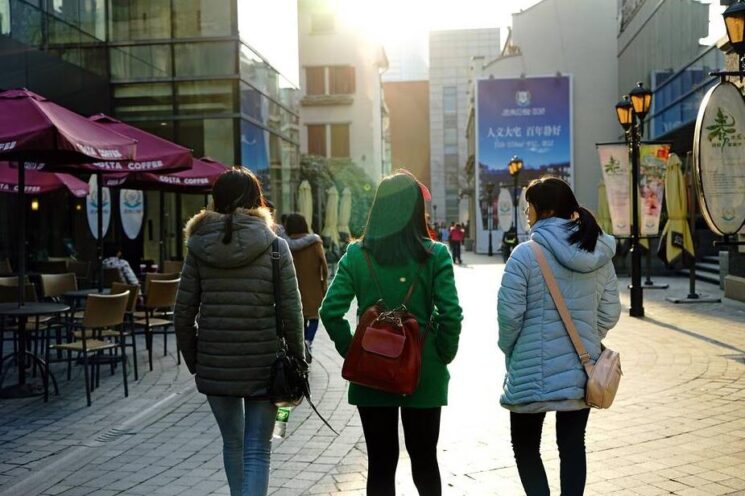