The oil was discovered at the town of Seria in 1929. In 1963, the first gas field was found outside the city of Kuala Beilit, and in 1972 an LNG plant was established at the town of Lumut. Brunei has an oil refinery, which meets the country’s need for refined products. Chinese company Zhejiang Hengyi is building a new oil refinery, which is expected to be in production in 2019. Most of the oil and gas is exported to other Asian countries.

Petroleum extraction is controlled by Brunei Shell Petroleum (BSP), which the Brunei State owns jointly with Royal Dutch Shell. About one-third are foreign contract workers who do most of the manual work. 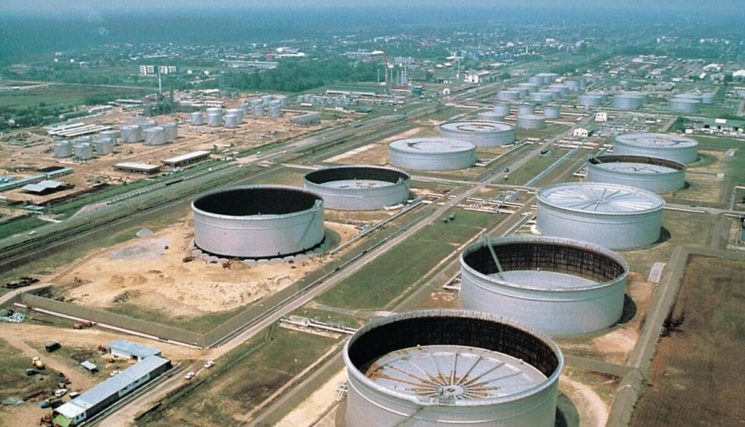 On the basis of income from the oil and gas industry, Brunei Investment Agency (BIA) was established in 1983. BIA is a kind of parallel to the Government Pension Fund Global. According to the latest available report from 2009, BIA’s capital is approximately USD 30 billion.

Since the 1980s, Brunei has sought to develop other industrial activities than those related to oil and gas. To this end, foreign investors are offered huge tax benefits. Of particular importance is the production of textiles, cement and furniture.

4.2 percent of the working population is employed in agriculture and fisheries, which contributes 1.2 percent to the country’s GDP.

Only a little over one percent of the land area is cultivated. The main products are rice, vegetables, fruits, chickens, water buffaloes and goats. Production of raw rubber, which was previously the country’s most important source of income, is of little importance today. Most of Brunei’s meat needs were produced on a huge cattle farm in Australia, but since 1999 all meat is required to be slaughtered according to Islamic tradition ( halal ).

Brunei has great potential timber resources, but due to the oil boom, the country has never needed to start recovery to any great extent. The country has therefore avoided cutting down rainforests such as in other parts of the island of Borneo.

The Brunei authorities are profiling as a destination for ecotourism. In 2015, 201 989 foreign tourists came to Brunei. 67.3 per cent came from the following five countries: Malaysia (26.6 per cent), China (16.9 per cent), the Philippines (8.2 per cent), Indonesia (7.7 per cent) and Singapore (7.4 per cent). Cruise ships arrive at the port of Muara, 16 km northeast of Bandar Seri Begawan.

The five main export markets are: Japan (27.8 percent), South Korea (12.4 percent), Thailand (11.5 percent), Malaysia (11.3 percent) and India (9.3 percent). Oil and gas exports account for about 95 per cent of the country’s total exports. The most important market for petroleum products is Japan.

The road network is relatively poorly developed. In total there are 2 976 km of roads, of which 2,559 km with a fixed tire. A main road network links the capital Bandar Seri Begawan with the cities of Seria and Kuala Belait. The Belait, Brunei and Tutong rivers are the most important transport years in most of the hinterland. In total, the country has 209 km of waterways. Eight km north of the capital is Brunei International Airport. A deep water port was opened in 1973 at Muara.