In East Timor there is a tropical climate, it is hot and humid with a distinctive rainy and dry season. From May to November, the east monsoon ensures long drought, during this time there is almost no precipitation on the northern coast. Agricultural activities are paused during this period. It rains occasionally in the mountainous, cooler central region and on the southern coast, here the landscape remains green in contrast to the north.

From the end of November to April the rainy season prevails on the island. Flooding can occur and roads can be interrupted. In the capital Dili, an average of 1,000 mm of rain falls annually (especially between December and March). Manatuto in the east of Dili receives only 565 mm of annual precipitation. The more rain (1,500 to 2,000 mm) falls on the central south coast and in the southern mountains. The Lolotoe in the Bobonaro district is the place with the highest annual rainfall in East Timor (2,837 mm).

In the dry season, the temperatures in the lowlands are between 30 and 35 °C during the day and fall to 20 °C at night. In some regions of the north coast more than 35 °C can be reached towards the end of the dry season (October / November), whereby the humidity remains low with practically no rain. In the mountainous regions it is warm to hot during the day, at night the temperatures can drop below 15 ° C, in higher places even lower.

East Timor doesn’t have a major tourist season yet, so you won’t be overrun by crowds at any time of the year. Travel weather is best in the dry season from May to November when there is little rainfall. It can become very dusty towards the end of the dry season. In the rainy season from December to April it is very rainy. Traveling becomes difficult, especially when important roads become impassable. However, the end of the rainy season is the time for numerous festivals.

East Timor has many different attractions to offer. So you shouldn’t miss the visit to Ili Kere Kere. The Ili Kere Kere caves are the most important site in the country for archaeologists. Various stone tools, bone remains and even the remains of a giant rat weighing more than seven kilos have already been found here. All pieces are estimated to be more than 13,000 years old. There is another important archaeological site near Ili Kere Kere, the Hare Caves. A few years ago, remains of mussels with an age of more than thirty thousand years were discovered. 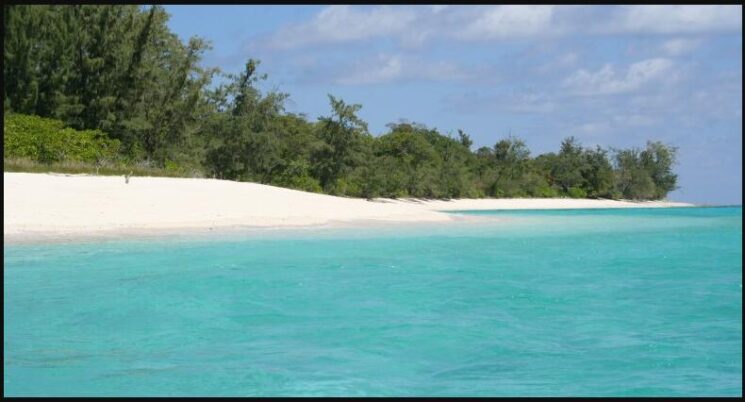 For tourists, visiting the Christ the Redeemer at Cape Fatucama is an absolute must, as you have a wonderful view from up here. The statue was built on the model of the Christ the Redeemer in Rio de Janeiro in 1988. The statue is twenty-seven meters high, which is intended to refer to the twenty-seven provinces. Dill Cathedral is a more recent construction and was built under the Indonesian occupying powers.

The sacred house in Altutoe is also worth seeing. The building is made entirely of wood and has a round shape. The roof of the holy house is thatched. The effect of the roof was increased by carvings by the artist Timor Leste. Also worth a visit is the Hindu temple in Mallan.

If you are interested in the science and culture of East Timor, a visit to the Uma Fukun Cultural Center in Dill is highly recommended.

There are some buildings worth seeing in East Timor, such as the Portuguese buildings, the houses in fataluku style on stilts and the traditional mountain village houses. An interesting place, with a sad background, is the Santa Cruz cemetery in Dill. The massacre had taken place here in 1991. East Timor also has some natural attractions to offer. Noteworthy examples would be Lake Ira Lalaro, Conis Santa National Park and the hot springs on the island of Atauro and Bobonaro.

East Timor tourists who love the hustle and bustle should not miss a visit to the Tais market in Dili. In the market you can buy wonderful souvenirs made with traditional weaving.

East Timor is close to ideal for divers and snorkeling, as there is a wonderful almost untouched underwater world to see. Definitely worth exploring some of the unique coral reefs.

In East Timor it is possible to go fishing on the water.

Since the landscape in East Timor is really unique, it is definitely worth taking your hiking shoes with you.