Literature in Sri Lanka has been strongly dominated by Buddhism. Much of the extensive commentary literature on Palikanon is written in Ceylon, and the Sinhalese was used as a commentary language and in translations as well as in the editing of palite texts. The Sinhalese literature has consistently been written on a traditional and literary variant of the language, elu, used in inscriptions from the 7th century. Preserved works in Sinhalese exist only from the 9th century. The historical chronicles at Pali about Ceylon, Dipavamsa and Mahavamsa, were followed by similar works in Sinhalese. 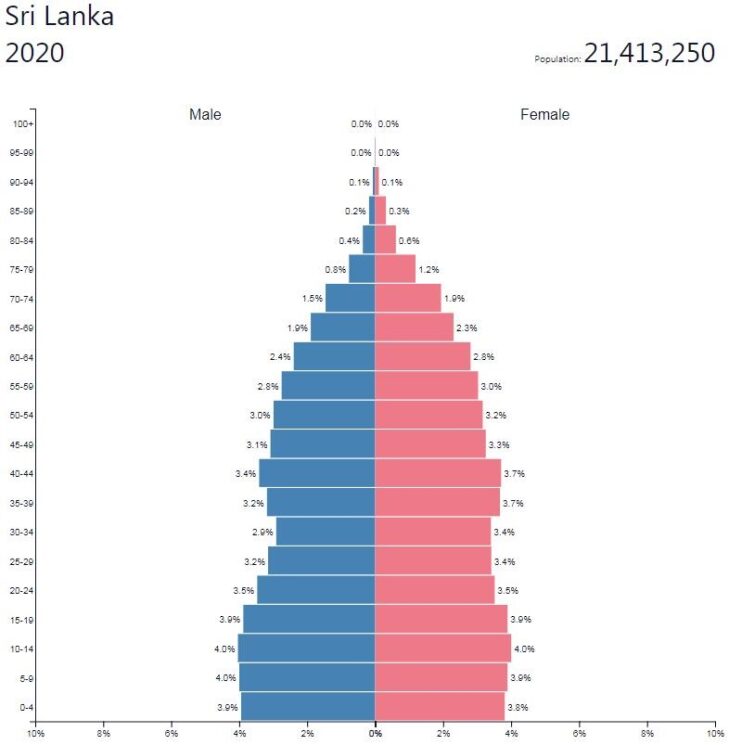 Hindu Sanskrit literature was also translated into Sinhalese, especially from the 13th century onwards. In the 1400’s, 1500’s and 1600’s, Sinhalese poetry flourished; best known is the author Alagiyavanna Mohottala (also Mukaveti) from the 17th century. At the same time, an anonymous folk poem emerged, which continued into modern times. A similar to this is also found in Lankan Tamil. During the 19th century, some new genres emerged, e.g. musical dramas and a special form of polemical writing (vada) in both Sinhalese and Tamil.

The modern Sinhala literature in Sri Lanka is written in a modern form of language and consists of novels, historical poetry, lyric and above all novels. It is still strongly tied to Buddhism in its content. In the 1800’s and 1900’s, modern Tamil literature has also emerged in Sri Lanka, mainly represented by short stories and lyricism.

The Sanskrit drama came to Sri Lanka with the Indian queens, and has survived as the dance drama form kolama. Sinhalese Theravada Buddhism absorbed ancient local animistic ritual dances, which, at the Temple of the Holy Tooth, evolved into a refined, almost abstract dance, vase, performed by temple staff.

In popular belief there is anchored a pantheon of prohibitionist demons, embodied by a class of “devil dancers” in virtuoso, dramatic ceremonies. Each demon (yakka) has its characteristic movement pattern and its individual mask sculpted in thin wood. A special category is the 18 disease-causing demons (dahatta atta sanniya). When called out in a night’s exorcism and applauded with sacrifice, they must leave the sick, and if all the details are properly performed, he will be healed.

The first cinemas in Sri Lanka opened in 1903, and “Rajakeeya Wickremaya” (1925) was the first film recorded in the country. From independence to 1956, all films in Sri Lanka were filmed in India and were happy to imitate Bollywood’s genre productions. Pioneer and leading figure was Lester James Peries (born 1919), who debuted in 1956 with “Rekava”. The film became a major festival success, including within the competition series in Cannes 1957. Together with the public successes for “Gamperaliya” (1963) and “The Village in the Jungle” (1980), also those under the direction of Peries, a realistic and socially critical film tradition was established here that lived on.

One of Perie’s successors is Siri Gunasinghe (born 1925) with “Sath Samudura” (1966). In order to meet the competition from foreign films, mainly Indian, was founded in 1973 National Film Corporation, which took over all film import and technical facilities, training young filmmakers and which through the National Development Fund provides support for film production.

During the 1980’s, production increased dramatically as a result of a liberalization policy. At the same time, however, the audience decreased as a result of the civil war and the increased spread of television. One of the few but significant films about the relationship between Sinhalese and Tamils was Chandran Rutnam’s (born 1936) “Adara kathawa” (1985).

Of the younger directors, Prasanna Vithanage (born 1962) is the most successful public. He debuted in 1992 with “Sisila Gini Ganee” and also won major festival successes with “Anantha Rathriya” (1995), “Purahanda Kaluwara” (1999), which depicts the devastation of the civil war, and “Akasa Kusum” (2009). In 2005, Vimukthi Jayasundara (born 1977) received the Camera d’Or award at the Cannes Festival for “Sulanga Enu Pinisa”. Due to falling audience figures, closed cinemas and bankruptcies in privatized film production, the future of the domestic film industry is uncertain. In addition to the dominant production in Sinhalese, there is also a more economical in Tamil. However, few of these films have reached outside the country.

Highly marked by Indian Buddhism, Sri Lankan art and architecture are still distinctly different from the mainland. The most important architectural facilities are the Dungas (dagaba), most now in ruins. They are built of bricks and sometimes exhibit colossal dimensions. Mentioned is Thuprama dagaba and Ruanveli dagaba, both in Anuradhapura, built during the last centuries BC. In Polonnaruva, which later became the capital, there are a large number of building remains from about 1070-1200.

Painting and sculpture have been more dependent on continental models. For example, the rock paintings in Sigiriya show great similarities to the paintings in Ajanta as well as the sculptures at Ruanveli are close to the sculptures in Amaravati. In the latter part of the 11th century, Hinduism and, above all, Islam gained a greater influence, but the local traditions remained clear.

Sri Lanka’s most distinctive music is linked to various forms of dances, including mask dances and dance dramas. Here, singing, sometimes performed by the dancers themselves, and drums, which are traditionally the foremost instrumental type, account for the musical accompaniment. Since the Middle Ages, instruments, song types, dance genres and art music have been borrowed from Southern and later Northern India. At the same time, Sri Lanka has its own repertoire of folk songs, and in recent times modern but distinctly indigenous music genres have been created.