For half a year, the climate in the plains of Qatar is relatively uncomfortable: in summer (May to September) the maximum temperatures generally average 35 ° C, but it is not uncommon for the mercury to rise to 50 ° C. At this time of year, the humidity in the nearby Persian Gulf is 90%, frequent sandstorms complete the picture. During the winter months (December – February) there are rare rain showers, the days are mild and pleasant and the evenings are cool. Sandstorms occur in Qatar throughout the year, but especially in spring. Downpours can hit the country in December and January and cause road closures.

Best time to go to Qatar

Due to the high heat and sandstorms in summer, the best time to visit in spring and winter is in November and in late February to early March. During this time, the weather is much milder with pleasant, cool evenings and rare rainy days.

Under no circumstances should you miss Doha, the capital of Qatar. The city is considered one of the most beautiful in the country. Qatar is an interesting country that has seen rapid development. The tourism industry is also booming in Qatar. The country has a variety of different sights and attractions to offer.

Something special is the port of Doha. The port is divided into the new and the old port. In the old port you can visit the dhows, which are still used today for fishing, trading or pearl diving. Dhows are old Arab wooden ships. 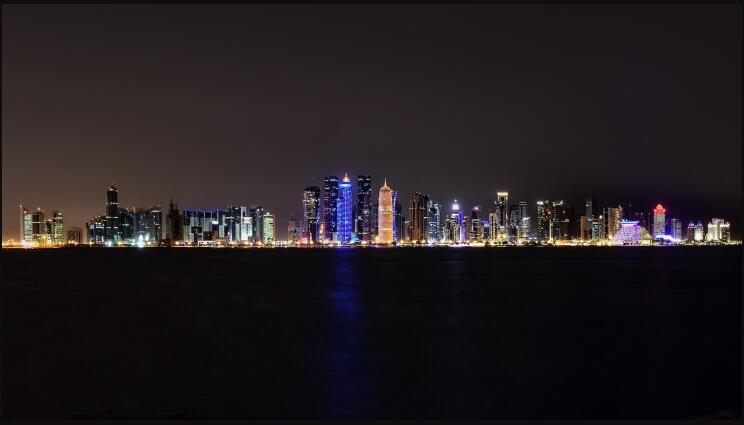 In the new port you can see the modern freighters.

The national museum of the country is also worth a visit. It is housed in a former royal palace in Dahar. In the museum you can learn more about the country’s tradition, culture and archaeological past. There is also a marine section here to familiarize visitors with traditional seafaring, pearl diving and marine fauna.

The National Library is also worth seeing. It was designed by the Japanese Arata Isozaki as a floating spaceship. The library is supported by three barely visible columns.

A historic landmark in Qatar is the Doha Fort. It was built in 1925. Visitors to the fort can especially be won over by its magnificent courtyard, which is decorated with stucco and arcades. The old fort was used as a prison in the past.

The weapons museum in Doha is worth a visit. There are various curved daggers, swords, rifles, spears and cannons to be seen from all over the world.

An absolute highlight of Qatar, although it cannot be visited is Al Jazeera. Al Jazeera is the only independent TV broadcaster for the Arab and Muslim world.

On a vacation in Qatar you should definitely visit the Museum of Islamic Arts in Dona.

If you would like to experience something, you should make a detour to Souq Waqif in Doha. Souq Waqif is an old market where you can buy almost anything. From food, fabrics to furniture or even gold, everything is possible.

For the most part, only food can be bought on the central market in Doha. Nevertheless, it is worth a visit, because there is simply a special flair here.

Horse lovers in particular like to come to Qatar because there is the royal Al-Shabaq stud farm here in Al-Rayyan. Many valuable Arabian horses have already been bred in the stud.

Nature lovers will also get their money’s worth in Qatar. These should not be missed on the small palm island. The island has beautiful beaches, an interesting garden, many restaurants and a café.

Also worth seeing is the Ras Umm Saa peninsula, which the locals also call the mangrove peninsula. There are numerous forests of salt-resistant mangrove trees on the island. There is also a large number of migratory birds to be seen here.