The area has a rich traditional folk poetry. In the classical literature there are both Hindu and Islamic elements. Among older texts, the historical 15th-century chronicle “Sejarah Melayu” deserves mention, as do numerous hikayat- stories or stories. The emergence of modern literature is linked to Abdullah bin Abdul Kadir Munshi, especially through his autobiography “Hikayat Abdullah” (1849). In addition to Malay, there are significant poems in Chinese, Tamil and English. In the 1920’s and 1930’s, the literature emphasized the strict application of Islamic moral code. Gradually, a significant influence of Indonesian literature was felt; In Malaysia, however, social criticism has been less striking. Only from the 1960’s, with Abdul Samad Said and Shahnon Ahmad, day issues and realism became the guiding elements. 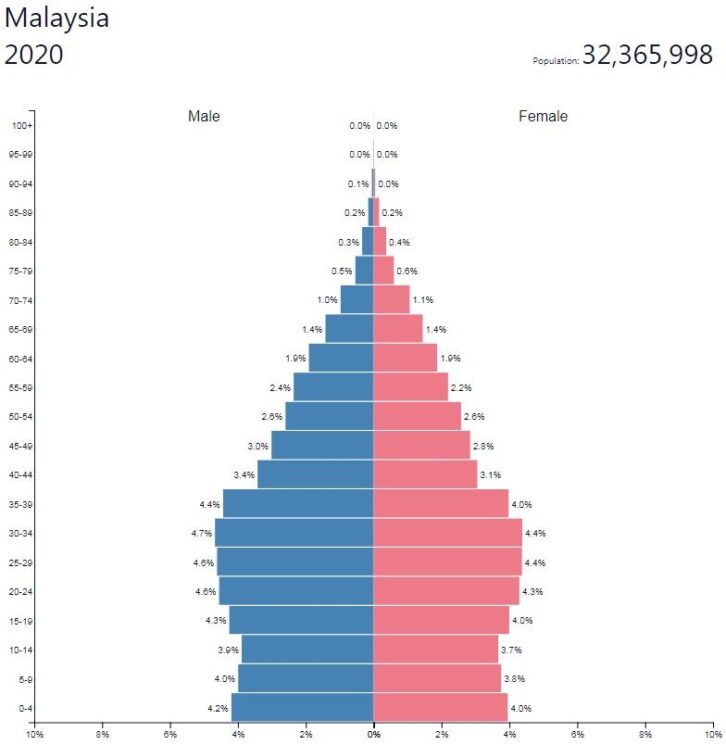 Shadow plays and puppet shows exist in many different forms but have lost ground to phenomena such as TV and film.

The Malay mold and pattern world is highly syncretistic and exhibits, among other things. Indian influences. The Vietnamese Đông-so’n culture, whose bronze drums spread throughout the island world, inspired spiral, rhombus and zigzag motifs in textile and metal art. With Islam came the ban on the visual arts. Animal and human motifs were replaced by winding plant and flower borders, while a native imagery with roots in local mythology remained.

Forging was for a long time a privileged craft, under the protection of the princes. Examples of this craft are daggers (crisis) and silver and bronze objects for betel chewing. filigree and niello. In Sarawak, bronze forging from Brunei has high prestige. Characteristic are bronze jugs depicting a world teeming with real and mythological animals, as well as gongs with decorations of various aquatic animals in relief and cannons designed like kites with wide open gaps. For Chinese immigrants, the silversmiths around the Malacca Strait created nyonya silver, elegant jewelry inspired by both Chinese and Javanese silversmiths.

A variety of textile forms, designs and techniques are represented in Malaysia. Particularly common are batik, plangi and ikat. Some fabrics are associated with socio-economic status and power, including kain songket, a Malay sarong in iconic technology with extra pattern features of gold thread, long reserved for princely people.

Malaysia’s architecture exhibits both regional and ethnic characteristics. In the Malacca peninsula, the traditional housing form is single-family houses, while large parts of the indigenous population of East Malaysia often live in multi-family houses – so-called long-term houses – built on posts. The traditional Malay house is a kampong house, a village house that for generations has been developed and adapted to the climate and environment. Materials and shape in collaboration provide optimal ventilation and coolness. In its simplest form, the cardboard box is a rectangular post with palm leaf covered saddle roof. Through an ingenious supplementary system, this “mother house”, rumah ibu, is expanded according to the needs of the family. Thai influence can be traced in the decorative wall panels and flared eaves found in Terengganu and Kelantan on the east coast of the Malacca peninsula. The roof tops of the roof of the roof at Negeri Sembilan testify to close contacts with the minangkabau on Sumatra. Typical of this style is the wooden palace in Seremban from the 1860’s.

The oldest preserved Malay house is the mosque in Kampong Laut in Kelantan, built in wood around 1740. Both different eras and different national styles are represented in Malaysia’s religious architecture; e.g. Portuguese in St. Peter’s Church (1710) and South Chinese in Cheng Hoon Teng Temple (1704), both in Melaka, while the Jam谷 Mosque in Kuala Lumpur (1909) follows a North Indian Islamic building tradition. International influences are found, among other things. in the state mosque in Seremban (1967) and in the national mosque in Kuala Lumpur (1965). Examples of modern profane architecture are Sabah State Museum in Kota Kinabalu (1981), whose main building is influenced by local long-term architecture, and the National Museum in Kuala Lumpur (1960), where specific Malay features. Since the 1990’s, several skyscrapers have been erected in central Kuala Lumpur. Petronas Towers (1998),

The forms of music in multi-ethnic Malaysia have links to both Arab / Muslim culture and to Southeast Asia with its mouth organ and percussion musicians – xylophones, metallophones, drums and gongs – in theater, ceremonial and ritual contexts. Gong has a prominent role in both the Malays and ethnic groups in Sabah and Sarawak. In the latter you will also find gong ensembles and sometimes gong games (ballintangan), mouth organs and tone systems like Javanese slendro and pelog.

The shadow theater wayang and its music belong to the Malay culture in western Malaysia, where otherwise Arab / Muslim cultural flows can be traced in the Malacca court’s nobate orchestras (with tufts, oboe, trumpet and drum, ecstatic zikir songs) and in the ghazal genre. The music of the Malay mayong theater incorporates the melismatic and ornamental melodies of Arabic / Muslim culture within the regular metrics of Southeast Asia articulated by gongs.

The musical diversity in Malaysia is enhanced by the fact that Indians and Chinese have brought their own forms of music as well as Western elements that are evident in everything from the Portuguese- influenced sentimental song genre keroncong, with centuries-old genres, to the hard rock of the latest cut.