Bhutan’s economy is small and underdeveloped, but the country has large natural resources in the form of hydropower, forests and minerals. Since the 1990s, Bhutan has enjoyed steady economic growth.

The most important industries are hydropower, agriculture and forestry, which employ more than half of the population.

The country’s large mountainous areas make it difficult and expensive to build roads and other infrastructure. The large variations in climate and vegetation mean that the country has a varied agricultural production. However, agriculture is only possible in a few areas due to the country’s large mountain masses and demanding climatic conditions. It is mostly agricultural production in the fertile valleys in central Bhutan. 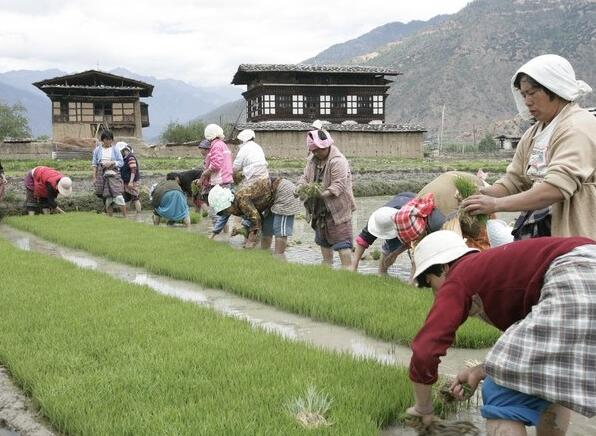 Bhutan has given priority to developing infrastructure and power generation. Among other things, the Chhukha hydropower plant was completed in 1988, and it supplies large parts of the country with electricity. Hydropower accounts for 40 percent of the country’s total exports and accounts for 25 percent of GDP.

The country’s economy is strongly linked to India, and most development projects rely on Indian labor. In 2014, Bhutan signed a trade agreement with Bangladesh. Other trading partners are Japan, the United Kingdom, Germany and the United States (imports).

Bhutan otherwise has little heavy industry and most of it is produced on a small scale. Although economic growth is of little benefit to the broad strata of the people, Bhutans are investing in increasing investment in a public health and education system.

The most important priorities for Bhutan’s development policy have been the emergence of geographical isolation. The country is heavily dependent on financial assistance from India, the World Bank, the UN and other international organizations.

The country has attracted little foreign investment due to uncertainty related to licensing, control, trade and labor schemes.

The government is committed to protecting the country’s nature, environment and culture. Recently, Bhutan has gradually started to develop the tourism industry, where environmentally conscious tourists are the target group.

In 2017, the manufacturing industry contributed approximately 42 per cent of the gross domestic product. Of most importance is the cement industry. There are also factories with production of ferro alloys and calcium carbide near Phuntsholing. Bhutan also has smaller craft companies that produce textiles, soap, matches, candles and rugs.

Bhutan has large mineral resources, but most of it is difficult to access. Currently, there is only a minor recovery of coal, limestone, plaster, slate and dolomite. Other mineral resources are copper, zinc, marble and graphite.

Almost all energy production comes from hydropower. Large parts of the production are exported to India.

Several types of rice are grown as well as buckwheat, wheat, corn, potatoes and vegetables for local consumption. In the southern part, oranges, lemons and tropical fruits such as pineapple, bananas and more are grown. In the northern zone, sheep and yaks are kept. Forest management is also important.

None of the rivers are navigable, and there are no railways. Road development started in 1960. In 2017, the country had approx. 10 578 km of roads with very few private cars.

Bhutan has its own airline (Druk Air) and international airport at Paro. The topography complicates internal transport, and yaks, mules and ponies are still important as cargo animals.