Bhutan’s history begins when the country was united into one kingdom in the 17th century. In 1907, the current dynasty, Wangchuk, came to the throne.

Bhutan maintained a strict isolation for hundreds of years, but around 1960 King Jigme Dorji Wangchuk initiated a reform policy with a cautious opening outward. In 1998, a democratization process started. The king then gave up his almost absolute power and resigned from the post of head of government. 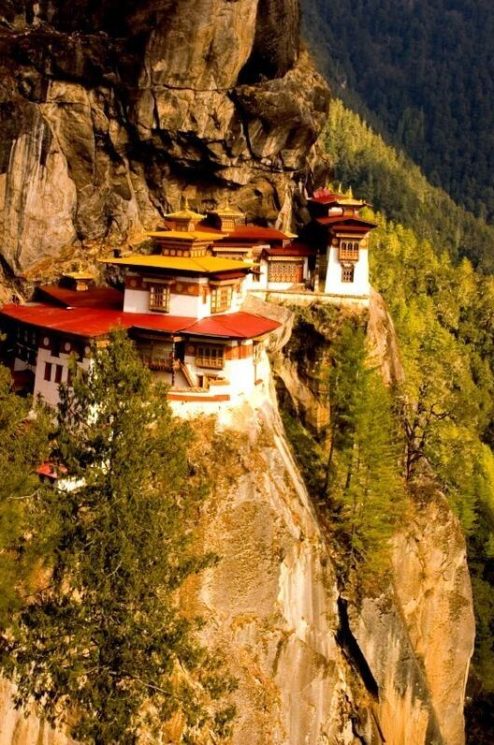 Taktshang is one of Bhutan’s most famous monasteries. It is 3120 meters above sea level and is built on a cliff 700 meters above the bottom of the Parodalen.

In 2005, the King announced a draft of a new constitution that entailed basic democratic reforms. In 2008, Bhutan held its first democratic multi-party elections.

Bhutan is one of the least developed countries in the world and is politically dependent on support from India.

Bhutan was united into one kingdom in the 17th century and then ruled by a worldly and a spiritual prince. The local governors had great power, and conflicts between them led to a number of civil wars in the 19th century and until 1907, when the current dynasty, Wangchuk, came to the throne.

From 1770 Bhutan was often in conflict with the British authorities in India. In 1910, the British gained control of Bhutan’s foreign policy, a control India took over in 1949. At the same time, India pledged not to interfere with Bhutan’s internal affairs. The Indians have assumed responsibility for the country’s security and provided considerable financial assistance.

Bhutan maintained a strict isolation for hundreds of years, but around 1960 King Jigme Dorji Wangchuk initiated a reform policy with a cautious opening outward. The first tourist visa was issued in 1974.

To protect the local culture, Bhutan rejects mass tourism. The annual quota for foreign visitors, which is gradually increasing, has been less strictly enforced after a partial privatization of the tourism industry in 1992. 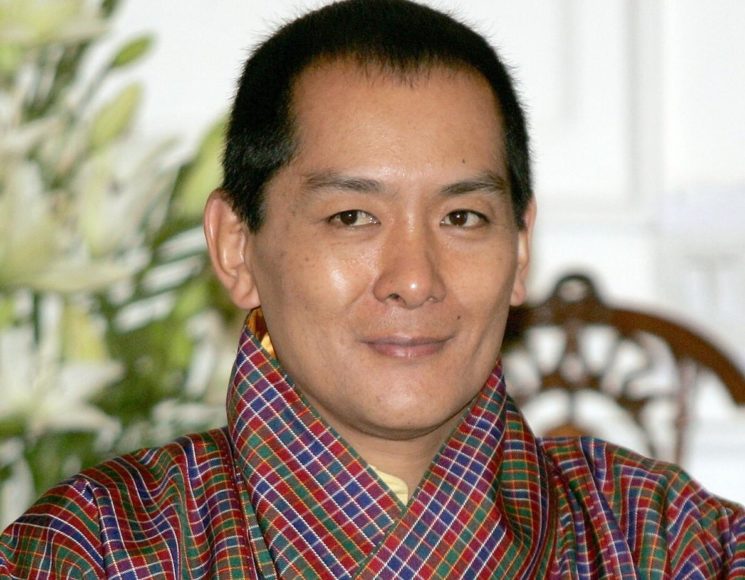 In 1998, a democratization process started. The king then gave up his almost absolute power and resigned from the post of head of government. He gave Parliament, at least in theory, the right to oust him. Parliament was also entitled to appoint certain ministers. The King justified the changes with the need for greater popular participation in decision-making. But although power was formally shared between the king, parliament and government, the most important decisions were made by a small circle around the king.

At the turn of the millennium, a process began in which Bhutan became concerned with developing democracy and coming out of the geographical, political, economic, social and technological isolation. Among other things, from 1999 TV broadcasts were allowed.

In 2005, the king announced the draft new constitution. It entailed basic democratic reforms. In 2008, Bhutan held its first democratic multi-party elections in two rounds. Two parties were allowed to take part in the elections and the Bhutan Harmony Party won a clear victory. Both this party and the opposition party (the People’s Democratic Party) support the monarchy.

The monarchy celebrated its 100th anniversary in 2008 – the same year that the country’s first constitution was passed.

An ethnic conflict has created unrest in Bhutan since the late 1980s. For decades, ethnic Nepalis from India and Nepal have illegally immigrated to Bhutan’s fertile lowlands in the south. The tension between the Nepalese and the Bhutanese peoples reached climax after stricter enforcement of a directive on cultural “Bhutanization”, inter alia by injunctions on the use of Bhutanese national costumes.

The directive met with demonstrative opposition from the essentially Hindu Nepalese minority. Militant activists revolted in 1990. The revolt was turned down by the army, and tens of thousands of ethnic Nepalis fled the country. In 2014, approximately 100,000 of these were still in UN camps in Nepal. Nepal accuses Bhutan of ethnic cleansing, while Bhutan says the refugees were illegal immigrants.

In the border areas against India, the Bhutan army has repeatedly intervened, during some bloody battles, against Indian separatists who have established bases and refugees inside Bhutan.