Oppression of the Uyghurs

The Xinjiang Autonomous Region in western China is home to the Uighurs. These are Muslims with close cultural and social ties to neighboring countries in Central Asia. There have been repeated unrest and attacks since the 1990’s.

In 2009, the death of two Uygur migrant workers in the capital Urumqi caused the largest unrest to date, killing 197 people, mostly Han Chinese. In March 2014, supporters of a Uighur resistance movement carried out a massacre in the capital of Yunnan province, killing 29 people.

As a result of these events and further attacks on state institutions, the Chinese government not only drastically tightened security measures in the autonomous region in 2018, but also began to re-educate unpopular Uyghurs by the thousands in camps or within their families. International human rights organizations have since characterized the human rights situation in the Xinjiang region as dramatic.

Internal official documents (” China Cables”) published by investigative journalists in November 2019 show that the authorities in Xinjiang are acting systematically.

The role of the woman

As early as the end of the 19th century, the first transformation processes began to change the position of women in Chinese society. The communist revolution at the beginning of the 20th century was supported not least by numerous women who were active in the Red Army or who support it underground.

When Mao came to power, the legal position of women also changed. Confucian ideas about how women behave in society have undergone radical changes. For example, tying the feet was made a criminal offense, women were given the right to choose a partner freely and the opportunity to get a divorce. They have been integrated into the school and education system and, especially for the young generation in cities, many freedoms in social interaction are already a matter of course. To new self-confidenceof young women may also have contributed to the one-child policy. As a result, little girls were raised “on an equal footing” for the simple reason that they had no brother.

Homosexuality is not illegal in the PRC. At the same time, lesbian and gay Chinese continue to suffer from strong social stigmatization. It wasn’t until 2001 that homosexuality was removed from the list of mental illnesses. LGBT activists also find it difficult to articulate their concerns in the form of public protests. In general, it is easier to live out one’s sexuality freely in the big cities on the east coast. There are LGBT groups and cultural events there. There is also an LGBT dating app and occasional support from the Internet community. In the country, where the traditional family image shapes social life, open homosexual relationships are still unthinkable today.

The worldwide rampant COVID-19 pandemic originated in Wuhan, the capital of Hubei Province. After the first cases occurred in December 2019, the disease caused by the SARS-CoV-2 coronavirus developed into an epidemic and then spread worldwide. On March 11, 2020, the WHO declared COVID-19 a pandemic.

In mid-January, around 600 cases of COVID-19 were registered in China. At the beginning of February, the number of registered cases had already risen to more than 11,000. In mid-March, 82,000 infections were registered, of which around 3,300 were fatal. By the end of 2020, 94,312 cases had occurred in China, 4,750 people died from or with COVID-19. Tough quarantine measures, traffic restrictions and intensive digital monitoring (tracking app) led to an extensive decline in the number of infections from mid-2020.

It is believed that the coronavirus was transmitted from animals to humans. Since the first cases occurred among vendors at a fish market in Wuhan, it is believed that the initial animal-to-human transmission occurred here. It is assumed that bats served as intermediate hosts, but so far neither the original host of the virus nor the person who first became infected with an animal is known.

According to neovideogames, the Chinese authorities’ initial response was to suppress information about the disease. Immediately after the first cases in hospitals in Wuhan became known medical circles were concerned that it might be a new SARS virus. A prominent example of this was the doctor Li Wenliang, who warned of the new disease in a chat group in December. When the news spread on the Internet, the police forced Li Wenliang and his colleagues to sign confidentiality statements. It is criticized that the initial inactivity of the authorities contributed significantly to the massive spread of the virus. Li Wenliang himself died of COVID-19 on February 7, 2020.

At the end of December 2020, the Hubei Provincial Health Commission officially announced the outbreak of the disease for the first time. However, the national health commission initially stated that human-to-human transmission was not clearly proven. Against the background of the fact that COVID-19 is extremely easily transmitted from person to person, this led to outraged reactions on the Chinese Internet.

Europeans need a good portion of imagination to understand the basic terms of traditional Chinese medicine (TCM): along invisible lines, the meridians, the “breath of life” Qi flows through the human body and supplies the organs with vital energy.

In addition, there is another basic principle of the Chinese world and thus also of medicine, namely the teaching of yin and yang: everything in the cosmos, as well as the cosmos itself, is made up of a cool, dark and feminine side (yin) and one according to Taoist ideas hot, light and masculine side (Yang) together.

The Chinese doctor therefore ensures that the qi can flow freely and that the relationship between yin and yang is balanced in the body. Illnesses are interpreted as an imbalance of the circumstances and, on the one hand, are fought through the gift of Yin and Yang in the right proportion. TCM doctors often work with tea and herbs, as well as with acupuncture and massages. 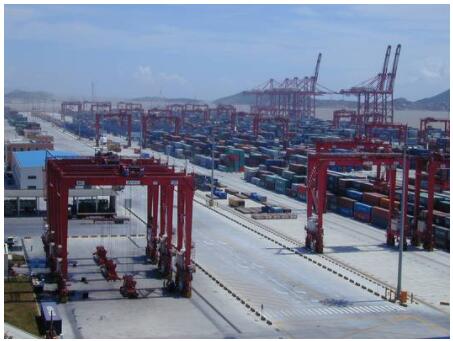