In the course of more than 30 years of economic reforms, the PR China has developed from a developing country, in which poverty and hunger were part of everyday life for many people, to a middle-income country. The World Bank assumes that the agricultural and industrial reforms between 1981 and 2004 catapulted around 600 million people out of poverty.

However, the absolute poverty rate remains high. At the end of 2019, according to official figures, 0.6% of the rural population lived below the poverty line, which corresponds to 5.51 million people. Since the late 1990’s, urban poverty has also increased.

Only since 2010 has China’s official poverty line, which entitles the holder to basic security benefits, to the World Bank standard. It is currently 2,300 yuan per year (= US $ 363). In rural areas, approx. 34.6 million and 8.6 million people in the cities receive basic state security.

Despite unprecedented success in fighting poverty, the FAO estimates that over 124.5 million people are currently undernourished. The rural population is structurally disadvantaged with regard to food security, especially in the underdeveloped western areas.

In addition to poverty problems, the People’s Republic of China is primarily struggling with increasing income inequality and has a Gini coefficient of 0.46. A large crowd with low incomes contrasts with a small class of extremely rich Chinese who are now represented in international rankings.

Due to the economic consolidation and the rapid growth of the 1990’s and 2000’s, previously existing development cooperations with the People’s Republic of China were gradually scaled back.

The Federal Ministry for Economic Cooperation and Development (BMZ) also ended traditional development cooperation with the People’s Republic of China at the end of 2010 and is not making any funds available for new projects. Still ongoing projects focus on the promotion of education in China’s western regions, rural development (reforestation, water management), environmental protection, renewable energy and the fight against tuberculosis.

The major political foundations of the Federal Republic of Germany are also active in the PR China. The Konrad Adenauer Foundation, the Friedrich Ebert Foundation, the Heinrich Bölll Foundation, the Rosa Luxemburg Foundation and the Hans Seidel Foundation have offices in China. However, the work of the foundations has become more difficult since a new NGO law came into force in early 2017, which imposes stricter requirements on foreign NGOs.

According to historyaah, the PR China itself is active in development aid. In mid-2015, the Asian Infrastructure Investment Bank (AIIB), initiated by China, was launched with a share capital of US $ 100 billion. According to China’s request, the institution, in which the People’s Republic of China holds 30.4% of the shares, should primarily provide money for infrastructure projects in Asia. Germany is also involved in the AIIB with US $ 900 million, the USA has so far refused to participate.

Africa is an important focus of China’s development policy. The development policy measures pursued here are suspected of merely serving China’s own interests, in particular securing raw materials and promoting exports. Nevertheless, the development of infrastructure in Africa driven by China is considerable. In addition to investments and loans, the PR China’s services also include the provision of technical personnel. In September 2018, the PRC announced that it would invest another 60 billion dollars in Africa over the next few years. Other emerging and developing regions such as Latin America are also supported by China.

In 2018, the Chinese International Development Cooperation Agency (CIDCA) was founded, an umbrella organization for development policy, which coordinates development aid in the People’s Republic of China with the involvement of various authorities (2019 budget: US $ 18 million). According to the Ministry of Finance, the budget earmarked for development aid was US $ 2.63 billion in 2019.

Even if Xi Jinping did not initiate fundamental economic reforms in his first term in office, he always appeared as an advocate of international trade. This endeavor is expressed above all in the international infrastructure project that has been driven forward since 2013 and that has become known as the “New Silk Road” (in Chinese Yidai-Yilu “One band, one road”). With an investment volume of around 900 billion dollars, roads, railways, ports, pipelines and power plants are to be built between East Asia and Europe in order to stimulate overland and overseas trade between China and Europe. The aim is to build six international economic corridors which, in addition to the New Eurasian Land Bridge, also includes the China-Mongolia-Russia corridor and China-Central Asia-West Asia. Due to structural problems and debt trends, the Silk Road strategy was realigned in 2017. 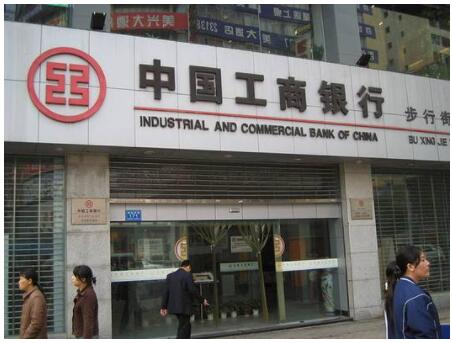