During the First World War, Armenian photographers in journal films depicted the fighting between Russians and Turks on the Caucasian front. The first Armenian feature film is considered A. Minervin’s “Under the Kurds” (1915). After the brief independence, the film was nationalized in 1923 under the direction of a.k.a. director Amo Bek-Nazarov, who for a long time had a central position in Armenian film life. In addition to journal films, feature films were produced, e.g. Bek-Nazarov’s “Honor” (1925), which critically attacked the pre-revolutionary family structure. Guiding the upcoming film production were the filmizations of the domestic literature, made in a realistic style. Among the first audio films were Bek-Nazarov’s comedy “Pepo” (1935). 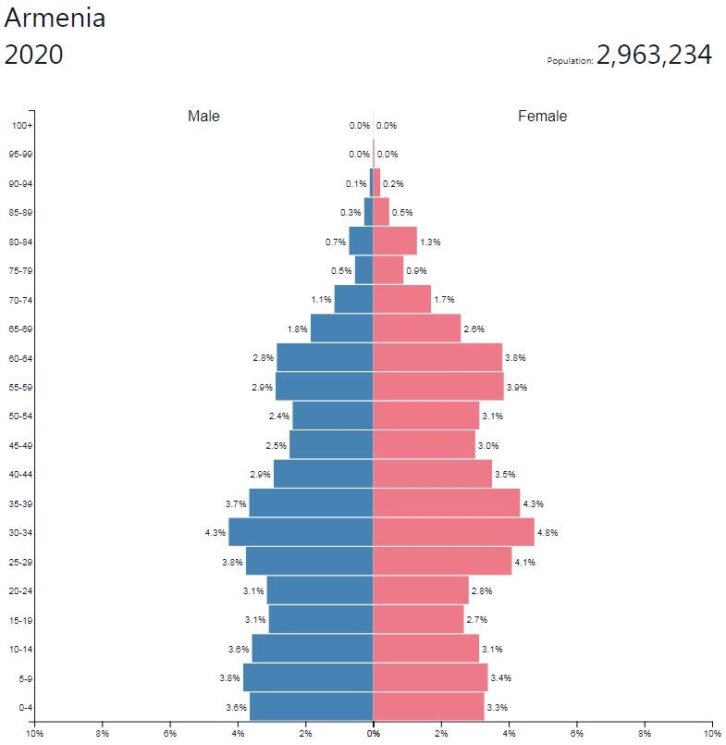 The 1930’s-50’s were characterized by a crippling unity in style and subject choice: socialist realism and historical-revolutionary themes. In the 1960’s, filmmakers gained more space, both in terms of portrayal and storytelling, and contemporary themes became more and more common. Directors such as Frunze Dovlatjan, Genrik Maljan and, above all, Sergei Paradzjanov made their mark. The latter was largely active outside Armenia, but in the country of origin made it long banned, in Armenian history and culture deeply rooted “Pomegranate color” (1969). At the dissolution of the Soviet Union in 1991, about 500 people were employed in Armenfilm, the state-run Armenian film company. The annual production was about 12 feature films and just over 20 documentaries. After independence, the number of films produced has been drastically reduced.

Even outside the country, filmmakers have turned their eyes to the history of Armenia and especially the 1915 genocide. the Swedish documentary film production “Back to Ararat” (1988) and the Armenian-Canadian director Atom Egoyan’s “Ararat” (2002).