Best time to go to Yemen

The best time to travel depends on which region in Yemen you want to visit. If you travel to Tihama, Aden or Hadhramawt, don’t go in July – the heat is unbearable. December nights can get very cold in the highlands. From October to February most regions of the country are dry and dusty, in March, April and August the temperatures are pleasant but it can get wet in some parts of the country. April to May and September to October are probably the best choices for travel in Yemen.

Visits to Yemeni festivals are a great way to get to know the local culture. In addition to the most important Islamic holidays, there are the Revolution Day (September 26), the National Day (October 14) and Independence Day (November 30).

Yemen is an interesting country with a large number of different sights.
So you shouldn’t miss the tunnel near Bainun. The tunnel is supposed to collect the rainwater from the neighboring valley and lead it into the Bainun valley. The tunnel was dug in the fourth century. The tunnel is 96 meters long and four meters high and wide. On the front there is a short report on the work of the tunnel in pre-Islamic inscription.

The old Imam Bridge at Hammam Dammt is also worth seeing. It was built in the sixteenth century. In the past, one of the most important trade routes ran from Sana’a to the southern part of Yemen.

You should also have seen the foot bridge in Schahaara. The bridge dates from the 16th century and is actually the only attraction of the eight hundred soul village. It is 12 meters long and enables visitors to cross a canyon two hundred meters deep.

The ancient dam of Marib dates from even earlier times. It was built when the Kingdom of Saba still existed and was one of the most important buildings of that time. The dam is a water distribution system, the first parts of which date from the sixth century BC. Over the centuries that followed, the dam was restored and rebuilt several times.

The former caravansary Samsarat Al-Hlaqah in Sana’a is also worth a visit. No caravanserai can be found here today, but the National Women’s Center for handicraft products and textile work by Yemeni women is located here.

Also in the caravansary Samsarat al Nahass in Sana’a there are several arts and crafts areas to visit, as well as a gallery.

The country’s largest warehouse is the Samsarat Mohammed Ibn al Hassari caravanserai in Sana’a. It has several floors and more than two hundred rooms. However, it has been empty since 1948.

An absolute highlight is the Suk by At Tauwilah. It is an absolute model for the construction of the souks at that time. Here business follows business that are only separated from one another by thin stone walls or columns. Architecturally speaking, a harmonious unity is formed here.

Not to forget the Schibam mud high-rise, which is over four hundred years old. The old age testifies to the excellent durability of the clay construction. The high-rise buildings have been a UNESCO World Heritage Site since 1983.

The city castle al Kaser in Sana’a is interesting because it is considered to be one of the most powerful castles of the Himjarite period. Unfortunately, it is not accessible to tourists.

You should definitely visit the National Museum in Sana’a. The building itself, a former palace from 1930, is impressive. In the museum there are numerous interesting exhibits to visit, such as various objects about the people of the country from the Islamic and also from the pre-Islamic period. There are also some Quran manuscripts, old coins and some clothing.

Anyone interested in the Military Museum will find out everything about the history of the Yemeni military on a visit.

Don’t miss the old summer residence of Imam Yachya in the Wadi Darr valley. It was built between 1904 and 1948. The magnificent rock palace is one of the most visited buildings in Yemen.

The Salah Palace Museum in Salah is also worth a visit. On three floors you can visit a collection of pre-Islamic objects, admire old documents and paintings, as well as cultural-historical objects and photographs of Yemen.

You should also have seen the National Museum of Taiz. It is now in the former palace of the penultimate Imam of Yemen. In the museum one can see ethnological objects and the original living quarters of Imam Ahmad, who lived here in the palace in the twentieth century.

The country of Yemen has a large number of historical buildings and monuments to offer. Also some old ruins of cities known in world history. If you had to list them all, you could fill a book.

If you are looking for relaxation in Yemen, you should not miss the lime cones at Mammam Dammt, because there are hot springs. In the village itself there are some bathing facilities that are supplied with the mineral-containing water.

Yemen also has some religious buildings to offer. For the most part, they are magnificent mosques with an ancient history and fantastic construction. Although Yemen is largely an Islamic country, there is also a temple and even an Anglican church to see. 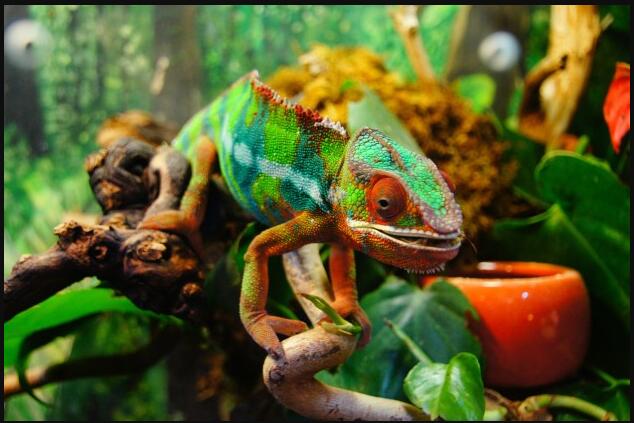 There are numerous interesting regions in the Indian Ocean. Socotra is one of these impressive areas. The Socotra archipelago belongs to the Republic of Yemen and is located at the eastern end of the Gulf of Aden. In some places, Socotra is only 100 kilometers from the Horn of Africa. From a tectonic perspective, Socotra lies between the Arab and African plates.

Socotra is made up of several different islands. The archipelago has a particularly diverse flora and fauna, which through the imposing landscapes become a fascinating whole.
The Socotra archipelago has been a bosphere reserve since 2003. The island was given this status by UNESCO and is the first biosphere reserve in the Arab Region. In 2008, the archipelago was finally declared a World Heritage Site.

Scientists today assume that the islands were separated from the mainland more than 20 million years ago. As a result, the flora and fauna on Socotra could develop independently. Due to the diversity that can be found here, the island is also known as the “Galapagos of the Indian Ocean”. Due to the isolation of the island of Socotra, many endemic species developed here, including even six endemic bird species that can only be found on Socotra. The Socotra Grosbeak (also called Godlbauchgimpel) lives here.

Endemic plants could also arise here, for example a tree-shaped type of pumpkin variety. Scientists soon became aware of the numerous different and unique plants and animals and numerous researches were carried out. The result: There are over 800 plant species that can only be found on the island of Socotra. This impressively illustrates the enormous diversity of species and plants that awaits visitors here.