A very old tradition of poets who write both in classical Arabic and in the vernacular lives on in the country; there are also mixed forms with regard to grammatical structures and vocabulary. For example, the medieval verse form muwashshah used in Yemen in classical Arabic has become a form of poetry in the vernacular. This poetry has developed into both a medium for national and political messages as well as a dramatic means of expression. Prominent writers and literary critics today are Abd Allah al-Baraduni and Abd al-Aziz al-Maqalih. 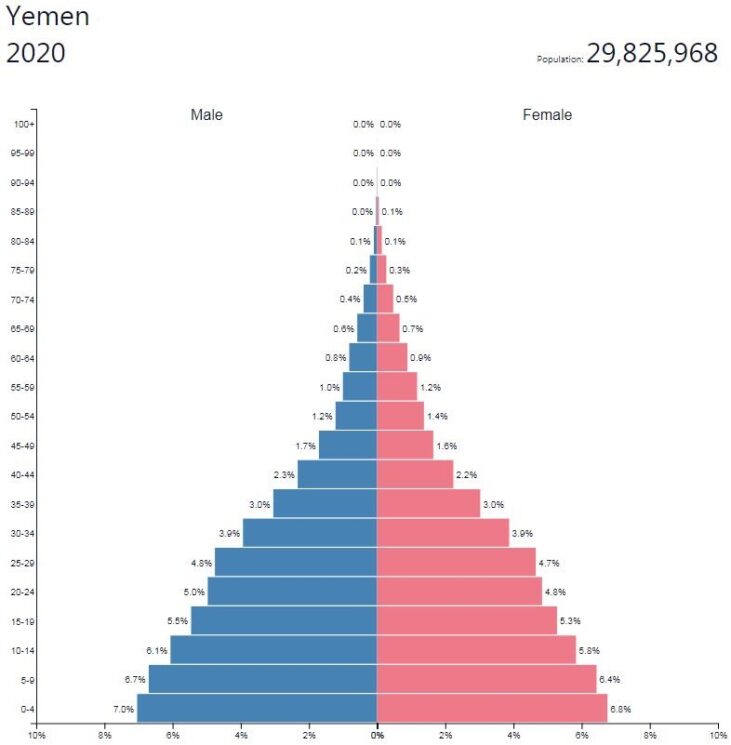 The craftsmanship in Yemen during Islamic times is characterized by high jewelery skills in jewelery with filigree work, mainly in silver, cut semi-precious stones, gemstones and seals. The weapon craft is also highly developed, for example in the production of the characteristic daggers, jambiya, with decorated silver mounts and ornamented leather shawls. Wooden and metal objects such as incense burners and mortars are decorated with inlays of silver and bronze. The traditional costumes are embroidered with colored silk and wool, gold and silver thread, often in geometric patterns.

The National Museum in Sana, housed in the former Imam Palace, has a representative collection, ranging from ancient finds to ethnographic objects.

According to tradition, the large mosque in Sana was founded already during the time of Muhammad (600th century) but has taken its present form after rebuilding in recent centuries. During the Ottoman era, the al-Bakiriyya Mosque (1597) was built. In Shibam, the grand mosque, founded in the 7th century, has been preserved in its original hypostyle form from the 8th century with a minaret from the 16th century.