Tajikistan is characterized by a dry subtropical climate, only in the basins and valleys it is wetter. Due to the central Asian, continental location, the winters are very cold (lowest temperatures in January of -12 ° C) and the summers are hot (in July maximum temperatures of up to 42 ° C).

There are large temperature differences between the lower and higher regions. From October to May there can be violent snowstorms in the mountains with temperatures of -45 ° C. Spring (March to May) brings mild temperatures and precipitation to the plains, and heavy dust storms can be expected from June to October.

Due to the relatively low rainfall, steppe vegetation has formed in most of Tajikistan. The rainfall ranges between annual 140 mm precipitation in the Fergana basin up to 1,700 mm per year on the southern slopes of the Hissar Mountains. However, this high value is an exception in the country.

Best time to go to Tajikistan

In hot summers and cold winters, spring (April to June) and autumn (September to November) are the best seasons to visit Tajikistan. March is also a good time as the Navrus Festival is taking place at this time. In the Pamir it is practically only possible to travel between July and September. Both the Anzob and Shakhristan passports between Khojand and Dushanbe are usually closed from the end of November to the end of May.

Currency: 1 Somoni corresponds to 100 Diram. The currency is named after the founder of the Tajik nation, Ismael Samani.

Tajikistan is a small mountain country, but still has some sights to offer. There are between two and three thousand mosques to visit in the country, as well as pilgrimage sites of graves of famous Islamic saints. You can also visit the accommodations of Shiite Muslims who hid Tajikistan from Sunni persecutors.

But you shouldn’t miss Penjikent either. There you can see the ruins of an old fortress. The area is primarily known for its artistic frescoes.

Worth seeing are the ruins of a Buddhist temple, which is located near Kurgon-Teppa. The largest Buddha figure in all of Asia was also found here. It is currently cut up in sixty individual pieces and stored in Dushanbe. 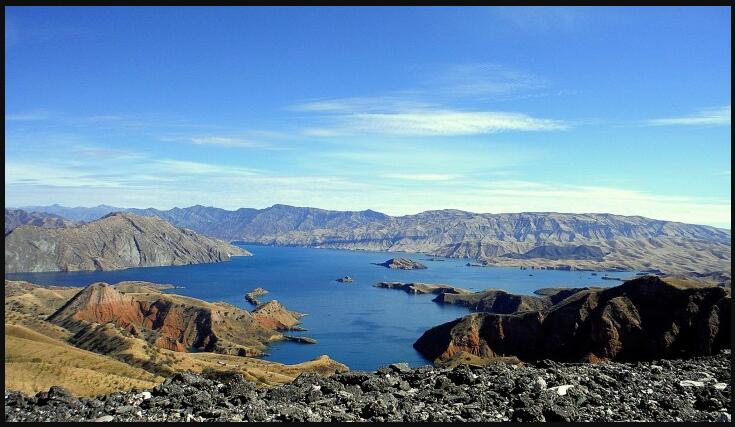 Anyone interested in the history of the country is in the right place at the Behzod Museum in Dushanbe.

Tajikistan also has a lot to offer nature lovers. Under no circumstances should these be missed on Lake Marghuzor. The high mountain region of Pamir is also worth a visit. The area is one of the least explored in the world and is considered the navel of Asia.

If you like hiking, you should not miss the picturesque Romit Gorge.