After the split of Korea at the end of World War II, Kim Il Sung declared in Lenin’s spirit the film as the most important of arts. In 1946, the Korean documentary film studio was created, in 1947 the Korean film studio for feature films in Pyonyang and in 1959 was added to the Korean army’s April 25 studio (originally called the February 8 studio). In the 1990’s, the animation company SEK Studio was created as a supplier of coloring work and other to TV and film companies all over the world. japanese anime. 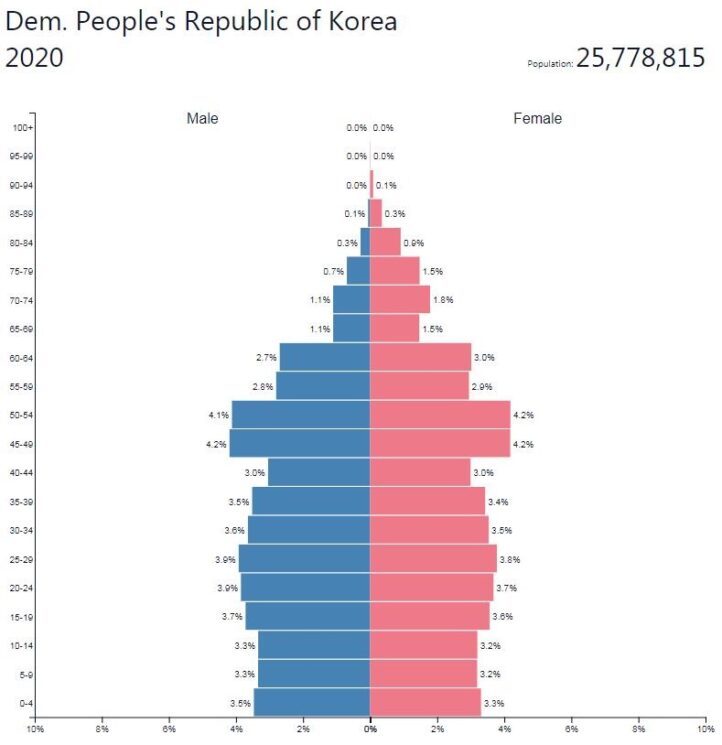 Thematically, film production has mainly switched between propagandistic depictions of how the Japanese occupation power is said to have been defeated by a communist folk army under Kim Il Sung and optimistic visions of the communist nation building. Among the more well-known films with English titles for festival screenings at home and abroad are Kan Hong Siks’ My Home Village (1949) and exiled South Korean Choe Ik Guy’s “Sea of Blood” (1969); both are about the local people’s struggle against the Japanese.

The latter film, like several other titles, is said to have been based on texts by Kim Il Sung, and with his involuntarily comic guide book “On the Art of Cinema” (1973) his son Kim Jong Il took an even firmer grasp on the film industry. Soon, every movie has been made since the 1970’s under the strict scrutiny of “the dear leader”.

In the 1980’s, attempts were made for entertainment films, i.a. the Godzillain-inspired monster movie “Pulgasari” (1986) directed by the kidnapped South Korean director Shin San Ok. A unique co-production with an Italian company was the action film “Ten Zan – The Ultimate Mission” (1988), co-directed by Ferdinando Baldi (under the pseudonym Ted Kaplan) and Pak Jong Ju.

Some animated films have been made in co-production with South Korea since the 1990’s, but cooperation varies with the political climate. The film in North Korea is difficult to understand and the titles are not always easy to date because the details are not reliable. The facts presented here are based on festival-screened films outside the country and on foreign journalists’ reports from the Pyongyang Film Festival, held every two years since 1987.

Music, like all culture in North Korea, is guided by the Kim regime’s personal cult and communist ideology. All music played or listening must be approved by the regime; Being caught singing a forbidden song or listening to foreign radio can result in very harsh punishments.

The music that is heard in public, in radio and television consists of marching music, western symphonic music or a type of eclectic entertainment music where features from western classical music, drums, film music and traditional Korean music are mixed. The lyrics often have patriotic and socialist messages. Characteristic of much of North Korean music is the collective, mastodontic expression in both choreography and music. A singer, musician or dancer is a small part of a larger whole. The music practitioners may be teased children or some of the orchestras recognized by the regime.

The ensembles Wangjaesan Light Music Band and Pochonbo Electronic Ensemble (both formed during the 1980’s) have partially electrified and electronic instruments and play lighter pop music mixed with the entertainment style above. There are also some symphony orchestras and opera troupes, such as the Unhasu Orchestra and the Mansudae Art Troupe, which performs Western art music.

With North Korea’s first entirely female music ensemble, the Moranbong Band (created in 2012), there is a marked unlocking of the rigid attitude towards modern popular music. The young, beautiful and musically skilled members of Moranbong have been hand picked by Kim Jong Un himself to meet the elite’s need for modernity (“music for the people”). Moranbong’s eclectic style mixes have more rock elements than the aforementioned ensembles and are performed in spectacular stage shows in honor of the leader. A somewhat similar ensemble has recently been created, called the Chongbong Band.