Everything from the 6th century AD one finds Sanskrit inscriptions on verses and inscriptions on ancient Khmer written in prose. There are praise hymns to the king, his campaigns and renditions of his edifices and all that belong, all duly dated. The last Sanskrit inscription is dated 1330. The transition from Sanskrit to Pali as the learned language naturally coincides with the transition from Mahayana Buddhism to Theravada Buddhism. Indian influence is also evident in the literature. The Indian epics Ramayana and Mahabharata are already depicted in huge friezes at the temples of Angkor, though the literary Cambodian version of Ramayana, Ream Ker, is of much later date.

The actual literature is written on palm leaves. Due to the humid climate and insects, the palm leaf manuscripts have a maximum life of 200 years and must therefore be copied by hand every other generation or more frequently. The oldest preserved manuscripts date from the late 18th century. Repeated copying makes it difficult to determine when a work was originally written, as the manuscripts are dated after the last copy. In addition, after centuries of copying, errors, conscious corrections and improvements occur, of course, so that a literary work often appears in many variants. The manuscripts are kept in the temples and are dominated by religious texts. The entire Buddhist canon, Tripitaka, is found in Pali written with Khmer letters, and parts of it, as well as commentary, are translated into Khmer. There are manuals in religious rituals, prayer books, rules of the monks’ behavior, and in the same way as in Thailand and Laos, non-canon jataka is found, ie tales of Buddha’s past life in jataka form derived from local tradition. In addition, there are court chronicles, family annals, the history of religious sanctuaries, and a few collections of law. Add to this a varied technical literature in the form of manuals in traditional medicine and pharmacology, astrology, cosmology, architecture, versification, magic and ceremonies. 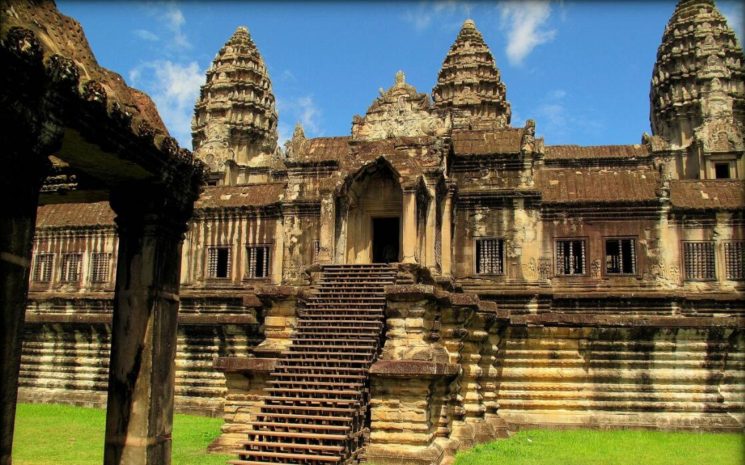 The most important literary means of expression in Cambodia, however, is poetry. The most famous literary work, Tum-Tio, was written by a monk in the 17th century. It’s a romantic verse post around the Romeo and Julie theme.

Cambodia became a French colony in 1863, and eventually a certain European influence in the literature emerged. in the form of new genres such as novel and short story. This modernization has continued after the country became independent, although the violent political events have at times slowed or stopped developments.