The equatorial, tropical climate in Malaysia is hot and humid all year round, the temperatures rarely drop below 20 °C even at night and usually climb to over 30 °C during the day.

The climate is shaped by the monsoons, but only the east coast of the Malaysia peninsula has a real rainy season between October and April.

The wettest season on the west coast of the peninsula is between September and December, in Sabah and Sarawak on Borneo between October and February. Basically, however, precipitation falls in Malaysia throughout the year. The rain usually interrupts the sunshine only briefly, most of the precipitation falls in short, heavy downpours. It rarely rains all day.

The climatic conditions in the tropics may require some adjustment, avoid exertion in the midday heat at the beginning of your visit.

Humidity is consistently around 90% across the region, but on the Malaysian Peninsula you can escape to the cool hill stations at any time from the heat and moisture.

Best time to go to Malaysia

In Malaysia you have to reckon with heat in all seasons, it always rains. That means you can travel practically all year round in West Malaysia and Borneo. However, the humidity is uncomfortably high between October and April. It is the driest between May and September. During this time, there is also relatively little rainfall on the east coast of the Malay Peninsula.

If you want to enjoy the beaches, it’s best to avoid the rainy season on the east coast of the Malaysia peninsula from October to April.

Numerous resorts close in winter, and many islands are not approached by boats.

Malaysia has an interesting history and therefore a lot of (historical) sights and attractions to offer.

So you should definitely not miss the cities of Melaka and George Town. Both have been on the World Heritage List since 2008. Both cities were important trading centers on the main trade routes between east and west more than five hundred years ago. Melaka and George Town are strongly influenced by European-Western influences.

One of the main attractions in Malaysia is the rock paintings of Niah. The petroglyphs are more than 1,200 years old.

The Putra Mosque in Putrajaya is something special. The mosque is so large that it can accommodate up to 15,000 believers. The 116 meter high minaret was still modeled on the Sheikh Oman Mosque in Baghdad ( Iraq ). The main dome is supported by twelve columns, each thirty-six meters high. The Putra Mosque is a newer year of construction. The mosque testifies to the skill of the architect as different architectural styles from Morocco, Turkmenistan and Kazakhstan were used for the construction.

When visiting Malaysia, the Petronas Twin Towers are an absolute must. The towers with a height of 451.9 meters were the tallest buildings in the world between 1996 and 2003. Both towers have eighty-eight floors and are connected by a bridge on the forty-first and forty-second floors. The architect of the Petronas Towers was Cesar Pelli from Argentina.

Also worth a visit is the Kuala Lumpur Tower with a height of 421 meters.

You should have seen Pentra Putra. This is the seat of government of the country of recent construction. The special thing about the building is that here too the architectural styles of different countries were mixed.

An absolute must is Red Square, which the locals also call Dutch Square. It got the name Red Square because all the buildings that are here are painted bright red. Historic buildings can also be seen here. For example, the Dutch town hall (built in 1650), the church from 1753 or the bell tower (inaugurated in 1886).

Especially nature lovers among Malaysia’s tourists get their money’s worth here. These should definitely take a look at the Taman Negara rainforest. It is the oldest rainforest in the world. It is spread over an area of ​​more than four thousand square kilometers and was created around 130 million years ago.
You should never explore the rainforest without an expert guide, as there are wild animals here, such as snakes, tapirs, honey bears etc.

The romantics among Malaysian tourists will surely not miss the Tasek Dayang Buting. This is a lake on the island of Langkawi. This is about the legend that a woman is said to have bathed here after nineteen childless years and got pregnant shortly thereafter.

A fascinating flora and fauna can be experienced in the Gunung Mulu Naitonalpark. But Kinabalu Park and Niah National Park are also worth a visit. The Eastern-Oriental Express is also an absolute must. The train goes via Singapore, Kuala Lumpur to Bangkok. On the trip you can get to know a wonderful landscape and interesting people.

Malaysia is particularly popular with divers as there are fantastic underwater grounds to explore. 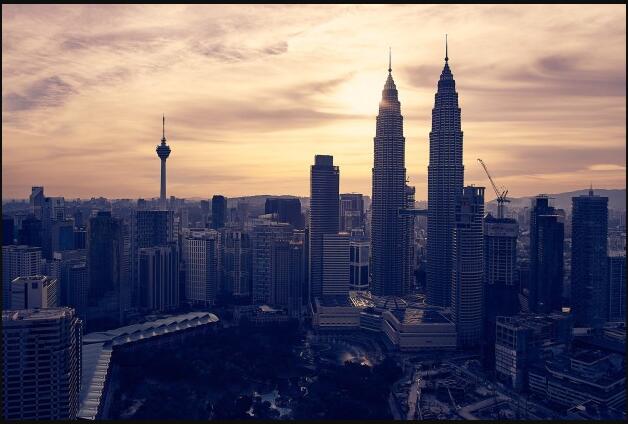 General information about Kuala Lumpur
Kuala Lumpur is located in Malaysia and is the largest city in the country and also the administrative, economic and administrative center of Malaysia. An ideal connection was created in the city between ancient history and modern times.
Due to the eventful history and the architectural masterpieces of modern times there are a multitude of sights in the city to explore.

Menara Kuala Lumpur
The Menara Kuala Lumpur is the second tallest television tower in all of Asia. The tower with its height of 421 meters is the fifth tallest in the world. From there you have a wonderful view of the city.

Merdeka Square
This is the square where the Malayan national flag was first raised in 1957.

Other special buildings in the city are the Sultan Abdul Samad Building, Istana Negara and Sultan Azlan Shah Cup.

Lakes Garden
The Lakes Garden is a 92 hectare par. The park has special areas for butterflies, deer, orchids and hibiscus and a large bird park.

Religious buildings
religious buildings of different faiths can be discovered amply in Kula Lumpur. The most beautiful were the Thean Hou Temple, the postmodern National Mosque, the Masjid Jamek, the St. Mary’s Cathedral, the Sri Mahamariaman temple and the Batu cave.

You don’t have to neglect art and culture on a holiday in Kuala Lumpur. There are several museums to explore in the city. These would be e.g. B. the Malaysian National Museum, the Islamic Arts Museum, the Textile Museum and the Museum of Asian Arts.