Proportion of poverty (national standard about $ 1 per day): 3.3%

No country has ever experienced faster economic growth than the PRC. In the years from 2000 to 2010, China achieved economic growth of between 8% and 14% and became the second largest economy in the world. The World Bank now ranks China among the countries with an income level in the upper middle field. The HDI (Human Development Index) awarded by the UN Development Program (UNDP), which includes indicators such as life expectancy, education and health, is currently 0.758 (85th place). China is hereby certified as having a high level of human development.

Nevertheless, the current economic development in China points to a move away from double-digit growth. In 2019, the gross domestic product (GDP) of the People’s Republic of China reached a value of 99,086.5 billion yuan (12,682 billion euros) and grew by only 6.1%. The lower growth is due to the fact that the Chinese government is turning away from an investment-driven growth strategy and wants to generate more growth through domestic consumption in the future. The corona crisis led to a massive collapse in economic growth in early 2020. Despite an unprecedented economic recovery by the end of 2020, even the moderate growth targets will be missed.

At the end of 2020, 15 East Asian countries (including Japan, Korea and Australia) announced the establishment of the largest free trade area in the world. The RCEP (Regional Comprehensive Economic Partnership) comprises 30% of the world’s population and 30% of the world’s GDP.

Other reasons for the downward trend are structural problems, declining exports, rising wage costs, overcapacity of state-owned companies and the indebtedness of local governments. The Chinese government combats crisis situations with short-term state intervention. In 2008 and 2009, huge stimulus packages worth around $ 800 billion were launched to promote housing, infrastructure projects, medical care, and so on. In 2015, the yuan was devalued to prop up collapsing exports. However, important structural reforms are repeatedly postponed. In addition, the Chinese economy is on the international stage with Donald Trump’s aggressive trade policy looks faced. Both the USA and China imposed punitive tariffs in the billions. The first effects of the trade dispute not only on economic growth, but also on the structure of the production chains in Chinese industry were already noticeable before the corona crisis.

Xi Jinping’s economic policy strategy tracks China’s rise to become the most important global economic power. To this end, large infrastructure projects are being promoted on the Eurasian continent as part of the Silk Road Initiative. According to extrareference, the “Made in China 2025” strategy is also pursuing the goal of building important industrial sectors into world market leaders. In contrast, structural reforms to strengthen the private sector have been hesitant to date.

However, this should not hide the fact that the Chinese state is still linked to the economy in a variety of ways. On the one hand, he is involved in a large number of companies. On the other hand, the most important key sectors such as energy, communication, transport infrastructure, shipbuilding etc. are still firmly in the hands of 96 large state-owned corporations. Important state-owned companies are, for example, Sinopec, China Telecom, etc.

The planned economy itself, which was based on a specification of concrete material output figures, was completely abolished in the 1990’s. There are still five-year programs, but these only define the government’s development policy guidelines.

The State Commission for Development and Reform, which emerged from the former State Planning Commission, is responsible for drawing up annual indicative economic-political plans. The 13th five-year program (2016-2020) adopted at the beginning of 2016 was dominated by the so-called “new normal”. It sets a growth target of only 6.5%. Growth is to be supported by research and innovation and domestic demand is to be strengthened by expanding the service sector.

The 14th five-year program (2021-2025) will be adopted in March 2021. It is assumed that technological independence, the reduction of dependency on foreign countries and an expansion of climate policy measures (climate neutrality by 2060) will play central roles. Against the background of foreign policy uncertainty (e.g. trade war with the USA) and the consequences of the corona pandemic, it is questionable whether concrete growth targets will be issued again. It is assumed that a gross domestic product (GDP) per capita in the amount of a “medium industrialized country” is given as a growth target. 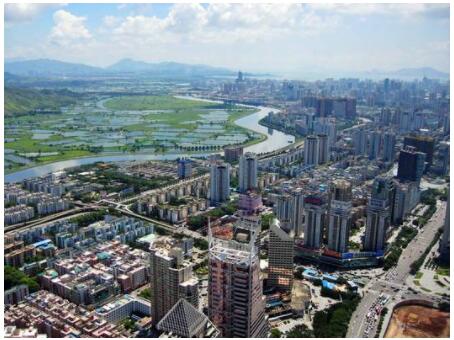 In 2019, 775 million people worked in the PRC. Of these, 442 million people and thus more than half of all workers were employed in urban areas (57.1%). There are high income differences between town and country. The urban per capita income in 2019 was 42,359 yuan, whereas in the countryside it was only 16,021 yuan.

In 2019, there were 290.77 million migrant workers offering their labor for low wages in precarious jobs in China’s cities. This group is particularly hard hit by economic fluctuations. For example, the 2008 economic crisis, the flattening of the construction boom in 2012 or the 2020 corona crisis each led to millions of layoffs in this group. The official urban unemployment rate in 2019 was 5.2%.

Even if the working conditions for ordinary workers have certainly improved since the 1990’s, there are still numerous examples of employment relationships that do not meet international standards.