The recent history of the United Arab Emirates includes the country’s history after 1971, when the country emerged as one state formation.

The United Arab Emirates (FAE) became an independent state on December 1, 1971, after Britain stood by the 1968 announcement to withdraw from the Gulf of Persia. In the period leading up to independence, nine Sheikh judges worked together to establish a confederation, but both Bahrain and Qatar chose to stand outside, and achieved their own independence earlier that year. Ras al-Khaimah first joined the new state in February 1972.

Several of the Sheikhs initiated co-operation following the British decision in 1968. Bahrain’s ruler was the first to propose a federation. Also Kuwait engaged with diplomatic contact. The rulers of Abu Dhabi and Dubai took a first step in 1968: They first clarified the boundary between the two Sheikh empires, and then decided to merge them into a union. They simultaneously invited other Emirates to join them in a larger federation. 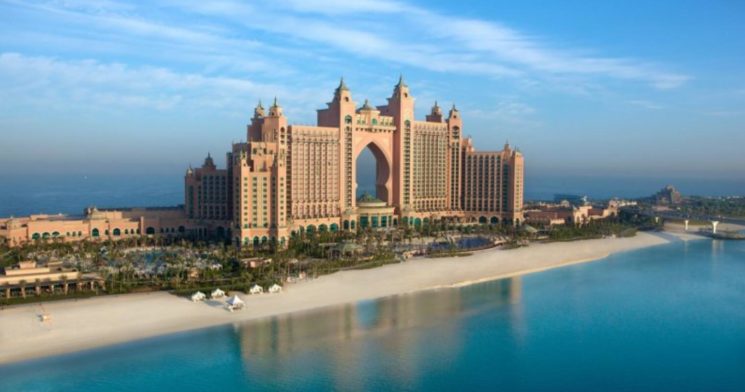 The first meeting of the rulers of the seven treaty states as well as Bahrain and Qatar took place in Dubai in February 1968, following the invitation of Abu Dhabi and Dubai. Surprising to the others, Qatar presented a constitutional proposal. It contained a main point that was rejected: that the five smallest emirates ( Ajman, Fujairah, Rash al-Khaimah, Sharjah and Umm al-Qaiwain) would first join a union, which would then join the federation with the others. In subsequent negotiations, different views emerged on how the federation should function; some wanted strong central power, others a looser association – and there were different views on the degree of democratic participation. For example, Bahrain proposed that the federation should have a parliament with proportional representation, which would give Bahrain disproportionate influence. The proposal was rejected, which helped Bahrain not enter the FAE.

At the same time as the various sheikhs sought to clarify internal mediations, especially related to undefined borders, there was also a need for clarification of international interests and relations, not least to Iran. Sharjah in particular had close relations with Iran, but an unclear relationship related to Iran’s demand for dominion over Abu Musa Island. This was clarified in 1971 by allowing Iran to establish a military presence there.

On July 18, 1971, a communique was issued announcing the formation of the FAE, consisting of six emirates. Still, Ras al-Khaimah had not joined, essentially because it opposed that all the Sheikh judgments should not have equal influence in the new state formation.

The protection agreement between the United Kingdom and the Treaty States expired on December 1, 1971. On the same day, the United Arab Emirates became an independent state. On February 10, 1972, Ras al-Khaimah also joined the federation.

The Constitution was provisional until 1996, and there were several issues that slowed integration – at the same time political issues and economic conditions created contradictions. These include Abu Dhabi’s and Dubai’s dominant political position – with veto power in the supreme governing council, which in turn is a result of the size and economic strength of the two emirates. Economic disparities, despite significant contributions to leveling off from Abu Dhabi, have also contributed to contradictions. Although the Constitution presupposes that the President and Vice President should be elected among all rulers (emirs), it has become an uncontested custom that the ruler of Abu Dhabi is president and head of government, while the emir of Dubai is vice president and head of government. Members of the ruling family in Abu Dhabi have also had a dominant role in the government.

FAE’s first leader, Abu Dhabi’s emir, Zayid bin Sultan Al Nahyan, was the main driver for integration and centralization, and was the country’s head of state from independence until his death in 2004. He was succeeded by his son, Sheikh Khalifa bin Zayed Al Nahyan – both as ruler of Abu Dhabi and head of state of FAE.

Integrations were further strengthened in 1976, when the Emirates agreed to merge their armed forces and develop them as a common concern – even though Dubai and Ras al-Khaimah initially refused to place their forces under a unified command. The two countries also opposed a proposal to establish a single federal budget and to remove the boundaries between the Emirates. After Dubai was awarded the Prime Minister’s post, in addition to the Vice Presidential Office, in 1979, the country embarked on a more compromising line.

The FAE does not have a democratic system of government, and political parties are not allowed; neither are unions. The country has a parliament ( Federal National Council, FNC) of 40 members with only one advisory function. This is not, even after the first elections in 2006, a genuine general election. In the first years, the members were appointed; later a limited selection of citizens has the opportunity to take part in elections. At the 2006 election, only a few thousand got to participate; this was extended to approx. 80,000 voters – about a tenth of the nation’s citizens.

Abu Dhabi, Dubai and Sharjah have their own governing bodies, and the former is considered in practice to have more influence than the FAE government, the Council of Ministers – which is the second highest body, according to the Council of Emirates rulers, the Supreme Council of Rulers.

The terrorist attacks against the United States in 2001 were a wake-up call for the country. Two of the al-Qaeda hijackers behind the terrorist attacks came from the FAE, and much of the network’s money supply had been laundered through Dubai’s financial institutions. The FAE was one of only three countries to recognize the Taliban regime in Afghanistan, but still supported the fight against terror, initiated by US President George W. Bush in 2001.

The FAE has mainly enjoyed political stability since independence, albeit with some unrest in some emirates, including in Sharjah, where there was a failed coup in 1987.

The Federation was essentially clear of the Arab Spring in 2011, but protests were also made in the FAE – and reprisals, among other things, against Internet activists. Five out of 130 people who in 2011 signed a call for the introduction of an elected parliament and transition to constitutional monarchy were arrested and imprisoned. It has also been attacked by supporters of the Islamist group al-Islah, which seeks change through the use of peaceful means. The riots in 2011 coincided with increasing demands for political reform, and protests against the prevailing power of ruling families, as well as widespread corruption and a growing divide between poor and rich. The rulers replied, besides arrests, with increasing public investment, rather than meeting the demands.

The FAE has built up a modern military force, including by engaging foreign mercenaries as part of its forces. Among these were the ones that entered the war in Yemen from 2015, where the FAE has long been one of the most engaged countries, until it began to withdraw its forces in 2019. The country has participated in a multinational coalition in Yemen, where Saudi Arabia, along with the FAE, have been the leading states. Both countries are internationally criticized for participating in the war, and in 2018 a UN expert group accused the two – as well as other actors of the war – of being responsible for war crimes. Some countries, including Norway, have stopped the sale of weapons to the FAE as a result of the war participation.

In two other wars of regional character, the FAE has sent forces, and also in other ways sought to influence developments: the war in Libya in 2011 and the war in Syria from 2012.

The country’s economy is heavily dominated by revenues from oil and gas exports, evenly distributed between the seven emirates. Not everyone has viable deposits, or any other nutritional basis of substance, and therefore relies on assistance from other members of the federation, especially Abu Dhabi. The other major emirate, Dubai, has also had to receive financial assistance from Abu Dhabi; especially after the global financial crisis in 2008.

The different emirates have their own development policy and have different strategies. Abu Dhabi has invested heavily in industrialization – aimed at exports, as well as high technology – while Dubai has developed an international financial center, and with extensive tourism – and large investments in infrastructure and building stock. Dubai was therefore particularly vulnerable during the financial crisis of 2008. Dubai has become internationally renowned for spectacular construction projects, including the hotel Burj al-Arab and an artificial island of luxury housing. When the world’s tallest skyscraper, Burj Dubai, opened in 2010, the name was changed to Burj Khalifa – in honor of Abu Dhabi’s ruler, Khalifa bin Zayed Al Nahyan. The intentions of the Dubai Stock Exchange to buy the Oslo Stock Exchangewas given up due to an excessive debt burden. Abu Dhabi and Dubai have built up large funds controlled by the ruling families, without public control.