Since the independence of the United States in 1946, the Philippines has been a unified state, and in principle democratic, republic. Following the 1987 Constitution, the country has a political system similar to the American one. The executive is led by a president-elect for six years. A president cannot stand for election for a new term. The president heads the government and appoints the ministers. He or she is also a military commander and has the authority to introduce military state of emergency for up to 60 days. The Legislature has added a congress consisting of a six-member Senate elected for six years (half of the Senate renewed every three years) in national elections, and a House of Representatives of up to 275 members, of which 220 are elected from one-man districts and the remaining 55 at party lists as representatives of under-represented groups,

Philippine politics has been characterized by unrest and in some cases violence since independence, and the country is difficult to control. This is partly due to major social differences, partly to the dominant position of the United States in the country up to 1992, partly to unrest from ethnic and religious minorities and partly to revolts from political extremists. A political culture, characterized by people, families and “clientism”, which has roots back to Spanish times and is reminiscent of the political culture found in Latin American countries, has influenced political life.

Administratively, the country is divided into 15 regions and the autonomous Muslim region of Mindanao; the regions are again divided into 79 provinces and 115 urban areas. The independence of the units has varied, but has been relatively limited. 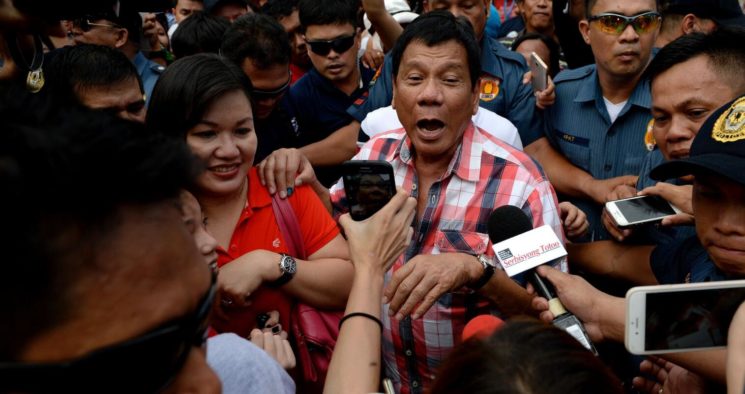 The judiciary is headed by a Supreme Court consisting of a chairman and 14 judges. The Supreme Court works both collectively and in departments. The other courts include an appeal court, regional interrogation courts, interrogation courts in the metropolitan areas and various local courts (including travelers). There is also a separate court for corruption cases and in southern Mindanao own Muslim Sharia courts. The Supreme Court judges are appointed by the president, after the nomination of legal professional bodies. The independence of the courts has been increasing. The legislation is based on Spanish and Anglo-American examples.