Jerusalem is a city in the historic province of Judea, which is divided between Israel and Palestine, although in practice it can be considered a city in Israel since everything is governed as if it were. The city of Jerusalem has almost 900,000 inhabitants, and it is a real big city, although most people think of Jerusalem as a holy city first and foremost.

Jews, Christians and Muslims alike view Jerusalem as a holy city and often make pilgrimages to the city. This has also led to some conflict between the different religions, and there is a greater risk of being exposed to danger when traveling to Jerusalem compared to other major cities in Europe. You should therefore follow the Ministry of Foreign Affairs’ website regarding traveling there before you go. 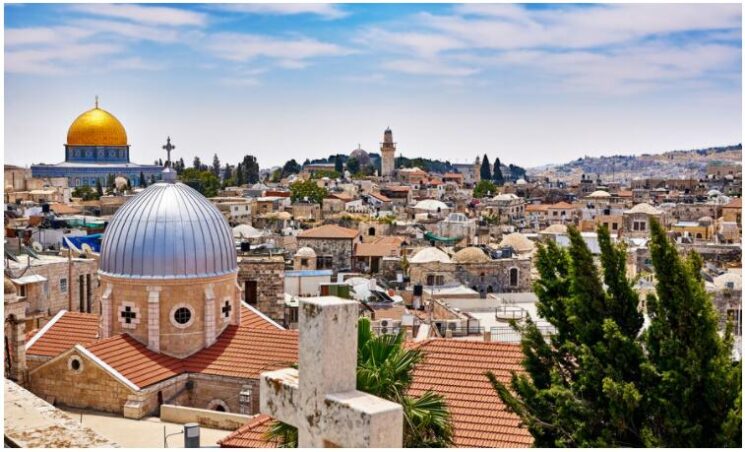 Despite being a religiously lit city, there is a lot to do and experience in Jerusalem, and you do not actually have to be a believer to travel here, although it is of course an advantage if you like religion and religious buildings and traditions are interesting. It is first and foremost religious places that are interesting in the city, and there is no shortage of stops where you should stop to take pictures of buildings and places.

There is a steady breeze that keeps the temperature in Jerusalem tolerable all year round, so you do not experience the same intense heat here as in many other cities in the area.

Most departures from Norway to Jerusalem have one stopover, but the airline Norwegian flies regular direct flights from Oslo to Jerusalem. In terms of price, it is typically between NOK 1,500 and NOK 2,000 for a return ticket, so it is not particularly expensive to travel there.

In Jerusalem and the rest of Israel, the Israeli shekel (ILS) is used to pay, and each shekel is worth about two and a half kroner, so 25 shekels is a Norwegian hundred note. In terms of price, Jerusalem is at the upper end of the price peak, and you have to pay around a thousand kroner per night for a stay in a three-star hotel. If you want it cheaper, you can consider staying in a hostel, because there are many affordable hostels around the city. A meal out at a restaurant, on the other hand, is much cheaper than here at home, and one must expect to spend around a hundred kroner per person for a good meal.

Most people who travel to Jerusalem are there for two or three days, and try to get all the exciting places within this time frame. It is quite possible to spend several days in the city without it getting boring, but it is a lot of money to save on staying in the city for fewer days. Jerusalem is also a hectic and noisy city where you constantly notice all the security measures, so you never get to really relax inside the city itself.