Little is known about Brunei’s oldest history, but it is known that Islam was introduced in the 15th century. In the 16th century, Brunei was an important trading center with dominion all over Borneo. In 1580, the Spaniards took Brunei. They were later expelled, but eventually the influence of the Sultanate was diminished by the Portuguese and later by the Dutch; at the beginning of the 19th century it covered only the northern parts of Borneo.

Sarawak was surrendered to James Brooke in 1841, Sabah to the British North Borneo Company in 1878. Brunei was a British protectorate from 1888 to 1984, with internal autonomy from 1959. The United Kingdom was responsible for defense and foreign relations until 1 January 1984, when Brunei formally became an independent state.

In 1962, a revolt from leftist forces was defeated by British troops. A battalion of Gurkha soldiers has since been stationed in the country at the request of Sultan Hassanal Bolkiah.

Brunei is an absolute monarchy. Hassanal Bolkiah is the 29th Sultan in a family that has been in power for over 500 years. The Sultan is also the prime minister, defense and finance, and governs almost unanimously with the assistance of a self-appointed council. He is considered one of the richest men in the world. In 1985, he moved into a new palace with gold-plated ceilings and 1788 rooms.

The constitution of 1959 allows for an elected parliament, but since the revolt in 1962 it has been in a state of emergency and the constitution has largely been out of force. No election has been held since 1962. In 1985, the Sultan allowed the formation of a political party, which was banned three years later. There have been few signs of organized opposition, perhaps because Brunei’s oil money has enabled a generous welfare policy. Private individuals have not paid income tax or interest on loans.

Since the late 1990s, Brunei has had financial problems, and some discontent with the regime is felt. The Sultan’s younger brother, Prince Jefri, was a long-time finance minister and, in addition, the protagonist of several financial scandals with losses of tens of billions of dollars. Within the Sultan family, there have been contradictions between the eminent Jefri and the Foreign Minister, Prince Mohamed. The latter is referred to as a conservative Muslim who would like to see both the population and the economy held in tighter rein. In 1991 a ban on dance, alcohol and gambling was introduced in Brunei. In 1998, the sultan appointed his eldest son, Prince Al-Muhtadee Billah, as heir to the throne. 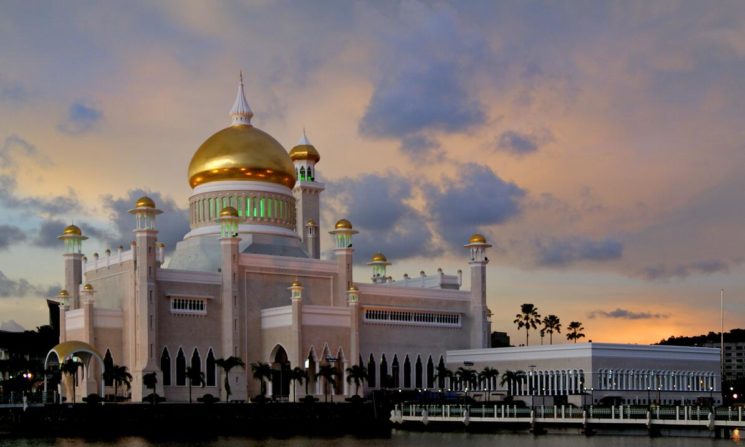 A visit in 2004 by King Carl Gustaf of Sweden received a political backlash. The king was strongly criticized for his highly praising statements about the sultan and his regime.

All state bodies, including the government, have been controlled and controlled by the Sultan himself, his immediate family and some particularly trusted persons since the state of emergency in 1962. In September 2004, the Bolkiah Parliament (Legco) left three together again. It had not been gathered since Brunei formally gained independence in 1984. All 21 members of the assembly were appointed by the Sultan. He had the same year drafted a new constitution that would allow one third of the representatives to be elected by the people. However, no date has yet been set for when Brunei will hold its first election since 1968.

Another cautious step in the democratic direction came with the legalization of the parties Parti Pembangunan (PP) and the National Development Party (NDP). In practice, they exist only on paper and have so far hardly any influence. Brunei is considered one of the most politically stable countries in Asia, but with very limited democratic rights. The media is considered the sultan family’s voice. In 2008, Amnesty criticized Brunei’s attitude to human rights. These include the whipping of 68 foreigners who were found guilty of violating the Immigration Act. This law was introduced in 2004.

In 2000, it filed suit against the sultan’s younger brother, Prince Jefri, for embezzlement of great value while he was finance minister and director of the state Brunei Investment Agency, a position he was laid off in 1998. The case documents showed that over a decade he had spent $ 2.7 billion on what is here referred to as luxury items. The case seemed to be resolved amicably when the prince expressed his willingness to return what he had wrongfully acquired by the state’s funds. Auction was then held over 10,000 of his personal belongings, many of them gold or gold plated. In 2007, Prince Jefri lost a plea to the Supreme Court to release further confiscation of property abroad worth several billion dollars. In June 2008, an arrest warrant was issued for the fugitive prince, who had not fulfilled a final settlement agreement.

Brunei is the third largest oil producer in Southeast Asia and the fourth largest producer of refrigerated liquefied natural gas (LNG) in the world (2007). The economy is dominated by the oil and gas industry, which for many years accounted for over 50 per cent of GDP and 90 per cent of the state’s revenues. Expansion of the industrial base is today an important part of the country’s economic goal to become less dependent on declining oil and gas resources.