Georgia’s contemporary history is the country’s history after 1991, when the country became an independent state. In a 1991 referendum, an overwhelming majority of Georgia’s people voted for full independence from the Soviet Union, and on April 9, 1991, the National Assembly declared Georgia independent.

Internal conflicts have characterized Georgia after independence. The Georgian regions of South Ossetia and Abkhazia declared themselves as independent republics in respectively 1991 and 1994. In addition, Adjara since 2003 have large degree of autonomy. In the summer of 2008, open military conflict broke out between Georgia and Russia following a Georgian attack on separatist forces in South Ossetia. The Russian forces invaded parts of Georgia and recognized the separatist regions of Abkhazia and South Ossetia. Russia withdrew forces from Georgia in the fall of 2008, but retained forces in Abkhazia and South Ossetia. 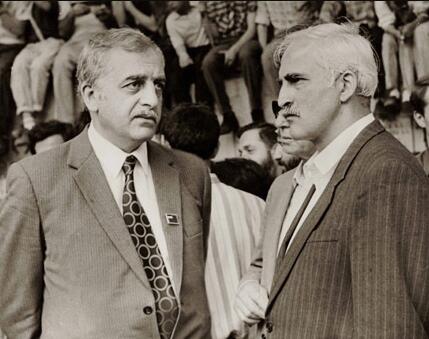 In a 1991 referendum, an overwhelming majority of Georgia’s people voted for full independence from the Soviet Union, and on April 9, 1991, the National Assembly declared Georgia independent.

In the early 1990s, developments in Georgia were characterized by internal conflicts, typical of the entire Soviet Union during this period. These conflicts were of various kinds, and the most important were the political conflicts between supporters of President Sviad Gamsakhurdia (President of Parliament of 1990, and Georgia President of May 1991) and his political opponents, as well as conflicts with ethnic minorities. Gamsakhurdia was heavily criticized for dictatorial tendencies, and in December 1991 armed conflict broke out when the opposition used force to get him deposed. Gamsakhurdia fled Georgia in January 1992. A military council was set up to govern Georgia, and former Soviet Foreign Minister Eduard Shevardnadse became head of the Republic’s government.

Ethnic conflicts characterized the development of South Ossetia and Abkhazia, two areas where the population demanded more independence from the central government of Tbilisi. In 1991, fighting broke out between Georgian forces and Ossetians in South Ossetia, which declared itself independent of Georgia. The conflict evolved in 1991 into a pure civil war. North Ossetia (in Russia) supported the Ossetians in the south.

The conflict in Abkhazia entered a very violent phase in August 1992, when Georgian forces occupied large parts of the region. In September 1993, however, Abkhazian separatists, with passive assistance from the Russian side, managed to expel Georgian forces from Abkhasia after fierce fighting. In November 1994, Abkhasia proclaimed itself an independent state.

Up to 1996, more than 6,000 people had died during the Abkhazia riots. The Civil War almost led to economic collapse for Georgia. The demolition of the two outbreak republics of Abkhazia and South Ossetia has since kept Georgia in a state of near-war. Hundreds of thousands of Georgian refugees have been unable to return to their homes. 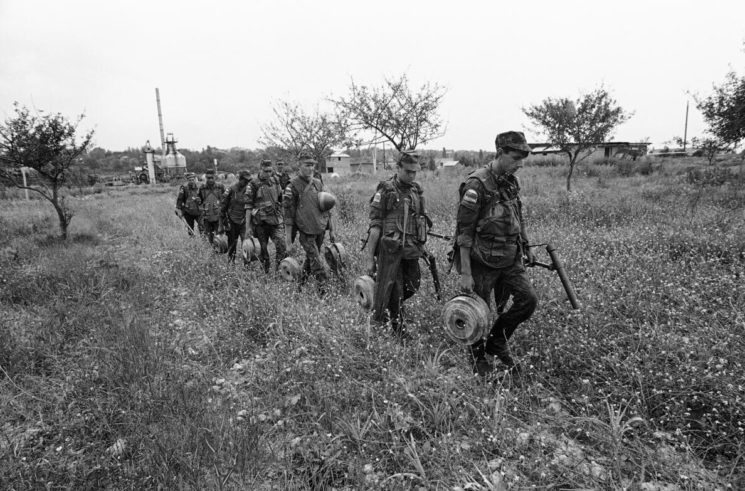 Eduard Shevardnadse was appointed head of state in 1992 and elected president in 1995. His party, the Citizens’ Union, won a majority in the National Assembly in both 1995 and 1999. In 2000, Shevardnadse was re-elected as president with over 80 percent of the vote, but already the year after he lost a number of younger politicians with the national father during a political crisis with charges of corruption as the main theme. Many opposition groups gathered in the National Movement Party with Mikhail Saakashvili as leader. The protest movement against Shevardnadse became stronger as Georgia has approached economic collapse; According to the World Bank, more than half of the population lived below the poverty line in the early 2000s. 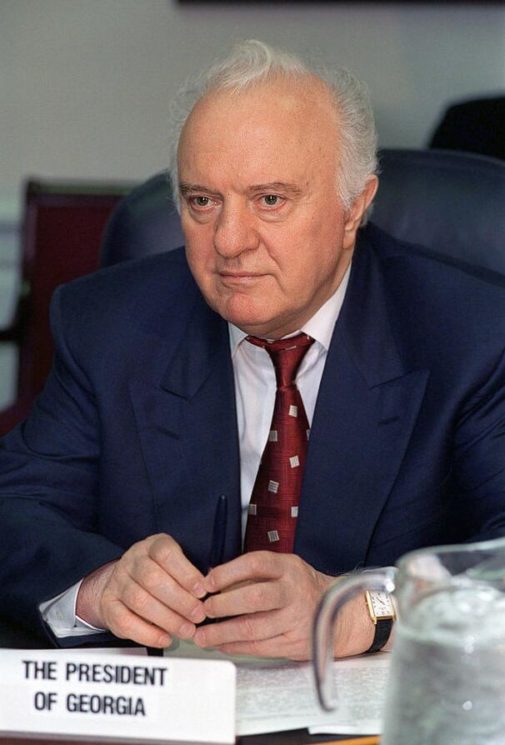 Eduard Shevardnadse was elected head of state in Georgia in 1992 and became president in 1995. Election fraud during the November 2, 2003 parliamentary elections led to mass demonstrations, and on November 23, Shevardnadse, at the age of 75, was forced to step down.

Following the change of power in November 2003, the Black Sea province of Adjaria declared the state of emergency and closed the border with the rest of Georgia. Adjaria, under its authoritarian leader, Aslan Abashid, achieved a high degree of self-government with peaceful means. Rumors between him and the central government in Tbilisi led to speculation that Adjaria, with possible backing from Moscow, would follow the example of the other two breakaway republics of Abkhazia and South Ossetia. The Saakashvili government won its first major victory when Aslan Abasjidse fled to Russia in May 2004, a peaceful endgame in a power struggle that brought the country to the brink of civil war.

Georgia, under Shevardnadse, sought close cooperation with the United States, NATO and European partner organizations. In the period 1992–2003, the United States supported the Shevardnades regime with approximately $ 1.2 billion in financial assistance. Washington regarded Shevardnadse as a guarantee that Georgia would maintain its independence, and as pro-Western that the strategically important oil pipeline from Azerbaijan to the Turkish port city of Ceyhan can be built over Georgian territory.

In May 2003, construction work began on the Georgia section. The oil pipeline changed the balance of power in the Caucasus region, giving Georgia greater strategic importance to the United States, Russia and Europe. For the first time, the Caspian Sea oil will largely be transported to the world market without passing through Russia. Georgia thus receives important transit revenues, while Russia’s influence on the Georgian economy decreases. 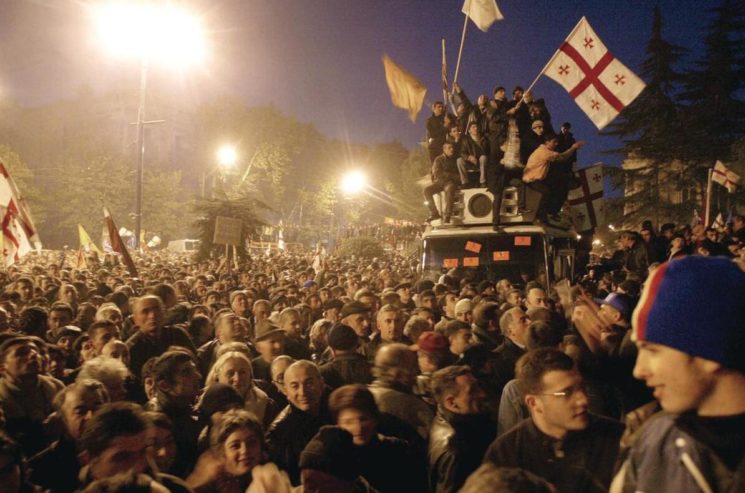 The so-called velvet revolution, which started after the parliamentary elections on November 2, 2003 and led to the fall of the Shevardnades, was triggered by a general dissatisfaction with the economic and political developments in the country as well as allegations of electoral fraud. On November 23, after three weeks of massive demonstrations, Shevardnadse was forced to step down to great cheer for the crowd gathered outside the parliament building.

New turmoil and conflict with Russia

Relations with Russia have been complicated since the Russians supported the rebellious movements in Abkhazia and South Ossetia in the mid-1990s, and Moscow has accused Georgia of giving Chechen rebels a sanctuary in the Pankisi Gorge. The United States, for its part, has provided Georgia military assistance, including to train forces to prevent Chechens from operating from Pankisi. After September 11, 2001, Russia and the United States had a common interest in fighting “Islamic terrorism ” in the area. However, Georgia has rejected Russian demands to have Russian troops stationed on Georgia’s side of the border to prevent the Chechen guerrilla from using Georgian territory as a sanctuary.

In 2007, human rights organizations criticized Georgia authorities for widespread use of violence against protesters. The authorities were also criticized for having authoritarian traits. In May 2008, the ruling party won a superior victory, but the opposition felt the election was characterized by cheating.

At the beginning of 2008, Russia declared that they would forge stronger ties with Abkhazia and South Ossetia. Russia also sent troops to Abkhazia claiming they should be used to repair railway tracks. 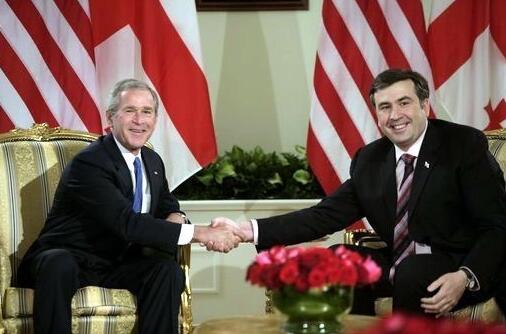 Georgia President Mikhail Saakashvili worked for a better relationship with the United States. Saakashvili (right) and George W. Bush in the White House during Saakashvili’s US visit on May 10, 2005.

In the summer of 2008, there was an open military conflict between Russia and Georgia following a Georgian attack on separatist forces in South Ossetia. Russia claimed that the people of South Ossetia were under threat and sent large military forces into South Ossetia. The Russian forces also went further into Georgia.

After a week of fighting, the parties signed a peace agreement initiated by France. Russia withdrew most of its forces, but retained forces in a buffer zone around Abkhazia and South Ossetia. Georgia and several Western countries believed that Russia violated the peace treaty. Russia withdrew its forces in October 2008.

In large-scale protests from the international community, President Dimitrij Medvedev declared in August 2008 that Russia recognized Abkhazia and South Osetia as independent republics. In addition, a 2009 agreement gives Russia control over the Republic’s border with Georgia, which caused great concern in Georgia.

At the same time, there were large demonstrations in the spring of 2009 against President Saakashvili, and in May 2009, an attempt was made to attempt a military coup to oust the president. Saakashvili accused Russia of being behind, but this was rejected, and Russian authorities instead blamed Saakashvili for blaming Russia for covering Georgia’s own problems. Saakashvili has faced much criticism for his actions during the war against Russia. He has tried to get allies in the US and Europe, but has had trouble getting enough support.

Georgia has sought membership in NATO, to major protests from Russia. For its part, NATO has in principle welcomed Georgia as a member with Ukraine, but the process was postponed indefinitely in 2008. The official rationale was the lack of political reform in the two countries, but at the same time there is clear disagreement in NATO about how far to go in provoking Russia; leading countries such as the United States, Germany and France have been among the skeptics of Georgian membership in NATO. During the NATO Partnership for Peace program, a military exercise was held in Georgia in the spring of 2009, and in 2011, Georgia was designated an “apirant country”, with possible future NATO membership.

After the election defeat in 2012, Saakashvili resigned. Giorgi Garibashvili became president after a peaceful change of power in 2013, and he postponed his presidency for 2018.