Plant and Wildlife in Yemen

The vegetation in Yemen varies with the height of the sea and the water supply. Along the coast there is desert and salt steppe with salt-herb species and small-grown grass (Panicum turgidum). The highlands have steppe vegetation with scattered trees, i.a. acacia species, tamarind, screw palms, perennial Primula species and 4-5 m tall Euphorbia species. In the highest mountain areas there are grass plains and large areas with thorny bushes. 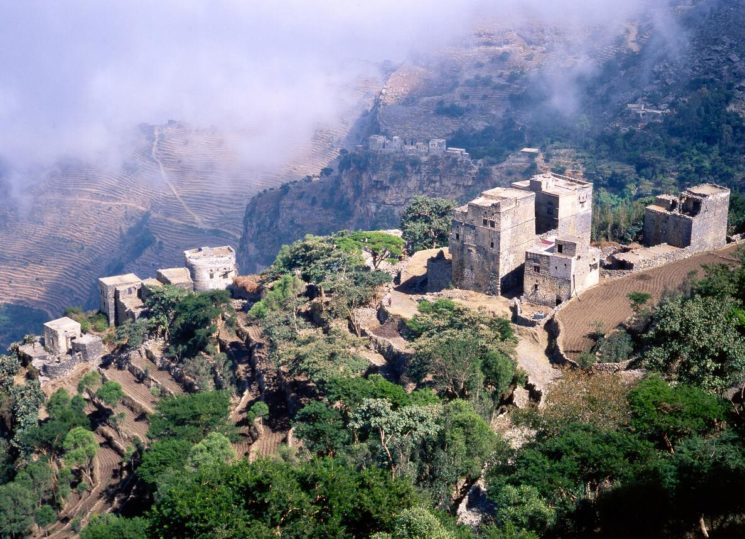 The mammalian fauna comprises 100 species, but many have become rare or extinct in modern times. leopard, brown hyenas and arabia orx. Wolves and gold jackals are still quite common, and in the mountains live Capricorn. More than 400 bird species have been observed. The 20 birds of prey include lamb, donkey and goose vultures as well as Ethiopian species such as dark-tailed hawk, avian eagle and rock eagle. Among the many semi-desert and desert species are Arabian stairs, sand chickens and numerous clay species. Along the coast there are red-headed tropical birds, beach herons, Red Sea and soot gulls. More than 100 reptiles occur, but only 7 amphibians are registered.

Yemen ‘s central parts are dominated by a mountain massif with several peaks above 3000 meters. Southwest of San’a lies Hadur Shuayb, 3760 m asl, the highest mountain in the Arabian Peninsula. To the north is this landscape into a desert-like plateau landscape 1000-2000 m., In the west fall landscape in marked step down to a 250-400 km wide coastal light, Tihamér, along the Red Sea. Also along the Gulf of Aden there is a coastal plain, approx. 6-10 km wide and 1200 km long. Inside, the landscape rises steeply towards the high mountain plateau, 1500–2400 meters above sea level. The bedrock here consists of limestone and sandstone. The plateau landscape is highest in the west, lowest in the north and east, and is intersected in several places by wadis (periodically dry river beds), including the ca. 500 km long pool Wadi Hadramawt and the smaller Wadi Mahra. In the far north, Yemen reaches a southern stretch of the Arabian desert, Rub al-Khali. Yemen is located in an earthquake exposed area, among other things in 1982 there was a powerful earthquake south of the capital San’a where 2800 people perished.

Yemen has a desert climate along the coastal plains and furthest to the north and northeast. On the coastal plains the average temperature for January is 20-25 °C, for June 30-35 °C. Daytime temperatures above 38 °C, combined with a humidity of 80%, are common. The mountains are cooler, with occasional snow and frost in winter. Annual rainfall on the coastal plains is approx. 50–100 mm, and increases significantly up the mountain slopes where it partly exceeds 500 mm. The precipitation falls mostly between September and March. In sheltered inland areas in the north and northeast, it hardly ever rains.