Bhutan is located on the southern slope of the Himalayas and is 300 km east-west and 170 km north-south. The northern part is a high alpine country dating from approx. 4000 masl and up to the peaks of the Himalayas at the edge of the Tibetan Plateau. The highest mountains are Kula Kangri (7554 masl) and Gangker Punsum (7550 masl). The central part of the country is divided by several north-south mountain ranges with valleys in between. The largest of these, which in practice divides Bhutan into a western and an eastern part, is called Pele la, ‘the black mountains’. Through these valleys, rivers flowing from the northern zone, into the southern zone and further into India, flow into Brahmaputra. To the south, a narrow strip of lower land.

Read more about Plant and Wildlife in Bhutan. 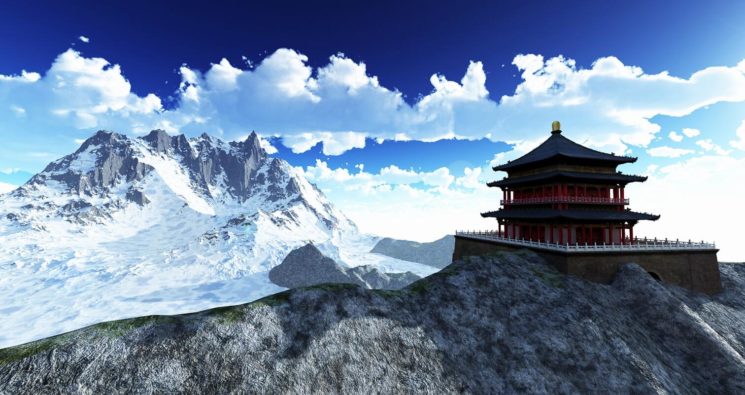 Bhutan can be divided into 3 climatic zones. The southern zone is approx. 50 km wide with heights from 150 to 2000 meters above sea level. Here is tropical climate. The summer monsoon brings plenty of rain and the annual rainfall is approx. 2.5 meters. Further north it lies approx. 75 km wide central zone, mostly between 2000 and 4000 meters above sea level. Here is the temperate climate with monsoon rain. In the lower part the climate is a little cooler than in the Alps. At the border mountains of the Great Himalayas, the climate is almost arctic.

Plant and Wildlife in Bhutan

The lowland south of Bhutan has moist monsoon forest with, among other things. salt, screw palm, banana genus species and giant bamboo. Near the Indian border there is savanna vegetation. The mountains in the middle region were originally covered by oak and rhododendron forests. Over approx. 2800 masl there is pine forest with precious fir, spruce, larch and juniper. In the highest parts of the country the vegetation is alpine and in many places desert.

The large stocks of large mammals from earlier times are now greatly reduced. Indian elephant, tiger, leopard and ax deer are still in small populations. Snow leopards and several wild goat species live in the mountains. Bird life is rich in low lying forests. Further up is found, among other things. many different chicken birds.