In the 2000s, the United Arab Emirates (FAE) has taken a more active and expansive role in the region, where both economic and military resources have been used in foreign policy. With a solid financial foundation in particular thanks to the oil and gas revenues of the largest emirate, Abu Dhabi, the FAE has been able to use significant resources to support actors in several conflicts in the region, both in the form of financial support and through its own military participation.

The FAE has traditionally, in the first decades after independence in 1971, pursued a foreign policy with emphasis on broad cooperation, regionally and internationally – and with common security in the Gulf region and in the Arabian Peninsula as the main priority. Cooperation policy has had two main directions: between the countries of the region, and most of all Saudi Arabia, and with the West, especially the United Kingdom, and eventually, the United States. 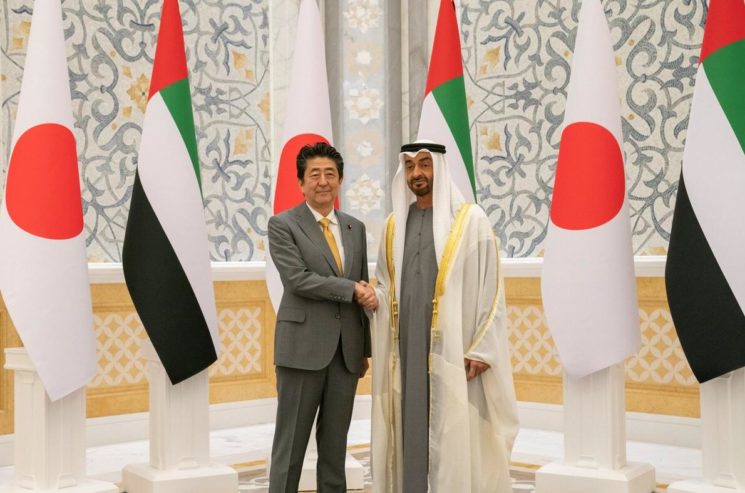 Already the day after independence, December 2, 1971, a friendship agreement was entered into with the United Kingdom, which for a century and a half had guaranteed the security of Sheikhdom. In parallel, the federation sought broad international affiliation. On December 6, the country joined the Arab League, and on December 9 was accepted as a member of the UN.

The bilateral relations in the region were particularly marked by Iran and Saudi Arabia’s foreign policy, both in the late 1900s and in the 2000s. Prior to independence, Iran occupied three small islands in the Gulf of Persia, while the border between Abu Dhabi and Saudi Arabia was first clarified in 1974.

The individual Sheikhs have different interests and relations to some extent, and during the Iraq- Iran war, Dubai and Sharjah sought to maintain their close economic relations with Iran while Abu Dhabi provided financial support to Iraq. Dubai also chose to stand outside OPEC, unlike Abu Dhabi – before the entire federation later joined the cartel.

The FAE does not have diplomatic relations with Israel, but has had some diplomatic contact, including through various international bodies and processes. The FAE has, among other things, facilitated talks between parties to regional conflicts, in which Israel has also participated. In 2016 2018, Israeli ministers officially visited the FAE.

Three regional events particularly impacted the foreign political situation of the United Arab Emirates in the first decade after independence: First the October war in 1973, then the revolution in Iran in 1979, and the subsequent, first Gulf War in 1980.

FAE participated in OPEC’s oil blockade of the West, in response to Western countries’ support for Israel in the October war in 1973. Thus, for the first time, the FAE was drawn into the Middle East conflict and the Palestine question; the country then became a defender of the Palestinians’ struggle. Thus, the FAE also participated in the condemnation of the Camp David Agreement and Egypt’s peace treaty with Israel in 1979. The FAE joined the Madrid Conference in 1991 and the subsequent peace process.

The FAE had a good relationship with the Shah of Iran, and the Iranian revolution in 1979 created uncertainty in the other Persian Gulf monarchies, fearing the spread of radical Islamism, and the Shi’a direction of Islam. In the Sunni-dominated FAE, there is also a significant Shiite population. However, the Emirates soon recognized the new regime in Iran. Nevertheless, the FAE supported Iraq in the war with Iran (the first Gulf War, 1980-88), while the country – together with Oman – maintained its relationship with Iran.

The GCC will in particular contribute to collective security for the member states. When Bahrain, during the Democratic uprising there in 2011, requested support from the organization to crack down on the uprising, the FAE contributed about 500 police officers in a GCC force. In 2017, the FAE took part in a Saudi-led political and economic confrontation with Qatar.

The United Arab Emirates is a relatively small country in the Middle East context, with one of the largest in the Arabian Peninsula. It has invested, especially in relation to the population, in a modern military defense. The main task has been to contribute to stability in the region, but it has also been implicated in several wars.

The invasion of Kuwait

Iraq’s invasion of Kuwait in the fall of 1990 affected the entire region, including the FAE. The country became a supporter of Allied, and thus substantially Western, strength-building to protect Saudi Arabia – and even itself – and to liberate Kuwait. In 1990–91, the FAE was among the countries that early joined the multinational military force that first conducted Operation Desert Shield, and then the directly following Operation Desert Storm. Among other things, the country made available its military facilities, including the port of Jebel Ali, which also became the land base for the Norwegian coast guard vessel KV Andenes, which participated in both operations.

FAE land and air combat forces contributed to the operation, coordinated with other GCC member states. Emirati land forces were among the first to enter liberated Kuwait. When Iraq deployed military forces at its border with Kuwait in 1994, the FAE sent ground troops to Kuwait as a defensive, preventive measure. The country gradually took action to lift the international blockade of Iraq, and reestablished diplomatic relations in 2000.

The Gulf War led to sustained changes in security policy in the region; also for the FAE. In 1994, the country signed a defense agreement with the United States, and in 1995 with France. The latter was expanded in 2008, and France established a military base in Abu Dhabi in 2009. Through these links, the FAE is one of the few countries outside NATO that have been able to purchase the most advanced weapons systems from the West.

THE WAR IN LIBYA

The FAE participated in the multinational intervention that followed the rebellion in Libya in 2011. The war in Libya was conducted primarily as an air and naval operation. FAE stationed fighter planes operating from bases in Italy in the two operations targeting the Libyan regime; Operation Odyssey Dawn and Operation Unified Protector. It is also known that the FAE sent special soldiers into Libya, partly to train and support local rebel groups, presumably also to gather target information for Allied air strikes.

THE WAR IN SYRIA

The FAE participates directly in the multinational military campaign against the Islamic State (IS) in Syria and Iraq, but also indirectly in the war itself in Syria. Several Gulf states, including the FAE, provided financial and military assistance to rebel groups fighting the Baath regime in Syria. Several GCC states engaged in this way in the war, but not always on the same side. In both Libya and Syria, as well as in Yemen, the FAE has supported groups that have fought local allies of the Muslim Brotherhood.

FAE launched fighter planes in the multinational coalition force behind Operation Inherent Resolve, targeting IS in Iraq and Syria, from this start in the fall of 2014. FAE has also made bases available for the operation.

THE WAR IN YEMEN

The FAE participates in the multinational military intervention against the Houtis rebel group in Yemen, Operation Decisive Storm, which started the internationalized phase of the war in Yemen in March 2015. Next to Saudi Arabia, the FAE is the country with the greatest interest in the war, primarily with ground forces south of the country. The war has been criticized internationally for its major humanitarian consequences, and a UN expert group has ruled that all actors, including the FAE, are very likely to be responsible for war crimes in Yemen. Among other things, there are reports of abuses in prisons run or controlled by the FAE. The country is reported to be using foreign mercenaries, especially from South America, in Yemen.

While the war for Saudi Arabia is about keeping control of Yemen and preventing Iranian influence there, the FAE has its own foreign policy agenda in Yemen: the FAE wants to strengthen its regional political and economic position both in the Arabian Peninsula and in the Horn of Africa, with an emphasis on securing the Gulf of Aden and entering the Red Sea. FAE has invested in leasing ports in several countries, including Djibouti, Eritrea and Somalia (including Somaliland and Puntland), as well as in Yemen. In Eritrea, in 2015, the FAE began building a military base, which has been used to attack Yemen.

The FAE has also contributed militarily to several peace operations, and to regional peace diplomacy. Among other things, the country sends troops to the Arab force in Lebanon in 1977 and to the multinational force in Somalia in 1993; then the FAE participated in UN operations in Rwanda and Mozambique. The country also contributed during the wars in the Balkans, first by flying wounded out of Bosnia, then by sending forces to Kosovo.

Emirates has also contributed diplomatically, mediating, in several conflicts, including Egypt and Libya in 1974, and in trying to find a solution between Iraq and Kuwait in 1991. In 2003, the country sought to find a solution to prevent US invasion of Iraq, and should have offered Saddam Hussein and his family a stay in the country. The peace treaty between Eritrea and Ethiopia, which was signed in 2018, came to an end after FAE mediation.

The fight against terror

In the 1990s, the FAE was one of three countries, along with Pakistan and Saudi Arabia, that recognized the Taliban regime in Afghanistan – before relations were broken as a result of the terrorist attacks on targets in the United States on September 11, 2001. The FAE contributed to the multinational ISAF forces in Afghanistan from 2003 – and fought with Taliban units.

While other Gulf states opposed the US invasion of Iraq in 2003, the FAE placed its bases at the disposal of the United States; The United States had established several military facilities in the country in the wake of the Gulf War in 1991. The United States also used the al-Dhafra base in Abu Dhabi for operations in the fight against terror on the Horn of Africa.