The United Arab Emirates (FAE) has since its independence in 1971 invested in one of the world’s most modern military defenses. The country has been involved in a number of conflicts, partly by sending peacekeeping forces and partly by fighting forces in war participation.

24-month selective military service for men was introduced in 2014, while nine months of first-time service for women are voluntary.

The Defense Branches have a joint aircraft force consisting of 23 light attack aircraft, six reconnaissance aircraft, 15 light transport aircraft and 145 helicopters, of which 28 combat helicopters of the Apache type. 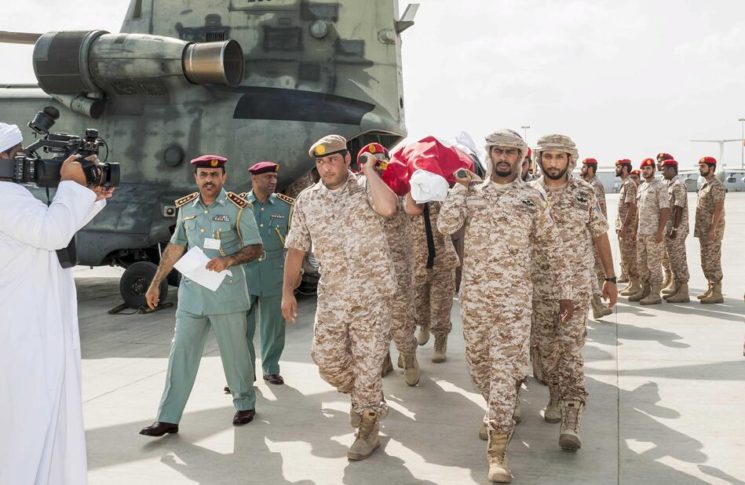 The Navy has a workforce of 2,500 active personnel. The fleet includes one frigate, ten corvettes, 32 patrol vessels, two minesweepers, 29 landings, and three logistics and auxiliary vessels.

The Presidential Guard has a workforce of 12,000 active personnel. Materials include 50 Leclerc tanks and 290 storm tanks.

The United Arab Emirates has participated in many military operations abroad, including the liberation of Kuwait (the Gulf War) in 1991, the NATO operation in Afghanistan (ISAF) and the multinational campaign against the Islamic State in Iraq and Syria (Operation Inherent Resolve). In addition, the country participated with fighter jets and special soldiers during the Libya war in 2011, and with ground forces during the 2015 Yemen war.