Philippines dance traditions and development reflect the country’s position as a meeting place between Asian and Western cultures. Like most Southeast Asian countries, dance has a strong position as an artistic expression. In the Philippines, this is evident in the many dance companies with a folkloric foundation. It ranges from traditional tribal dances from the mountain areas in the interior of the country and from the Muslim south, such as the famous Tinikling, a dance between bamboo sticks that rhythmically blend together, but also from the more urban forms of dance in the plains country, where not least Spanish and partly American influence from over 400 years of colonial rule has prevailed.

When it comes to establishing dance as a contemporary art form, Francisca Reyes Aquino and Lucrecia Reyes Urtuala have played a major role. They were among the founders of the Bayanihan Philippine Dance Company in 1956, which in many ways formed a model for other folkloric dance groups. Every year there is a folk dance festival, where both amateur groups and professionals meet. A great deal of work is done to map and promote the different forms of dance within this vast archipelago. 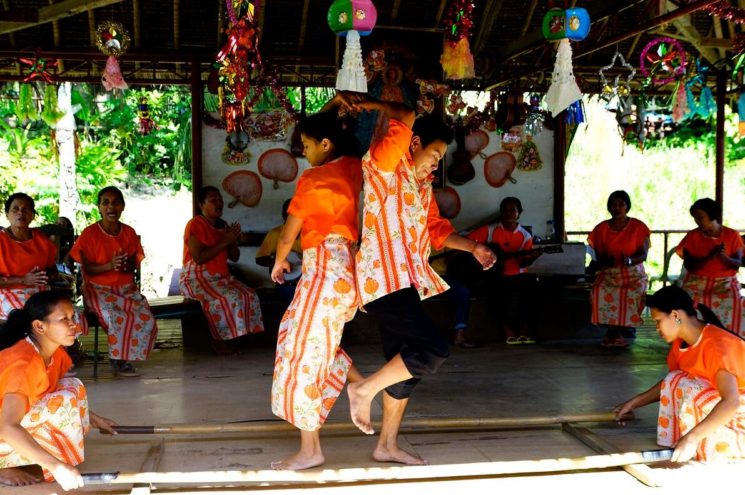 Also in classical ballet, Philippine dance is distinguished by its technically strong dancers, several of whom are associated with foreign companies both in Europe and North America. Leading companies include Ballet Philippine, founded in 1979 by choreographer Alice Reyes. The Philippine Ballet Theater Company (founded in 1987) is more modern directed, although it is based on classical grounds.

The Cultural Center of the Philippines (CCP), established in 1969 in Manila, is a complex with a variety of theaters. When it comes to dance companies, the biggest permanent place of residence is here. That is the Bayanihans and Ramon Obusan folk dance ensembles and the classical Ballet Philippine and Philippine Ballet Theater. CCP also organizes annual festivals where young choreographers can try new and experimental works in a so-called “Showcase” program. The Philippines has many and good schools in addition to several small, semi-professional dance groups in large parts of the country. But even though the authorities have tried to decentralize, Manila is still an artistic center for dance art.