The schooling is free and compulsory for nine years for children aged 6-15. Six-year high school, of which three years is compulsory, is also free. There are two national and several private universities in Cyprus.

In ancient and medieval times, epic poetry flourished. Vasilis Michaelides (1849–1917) is considered the national poet. Modern literature includes the poet and novelist Kostas Montis (1914–2004) and Nicos Nicolaides, among others. 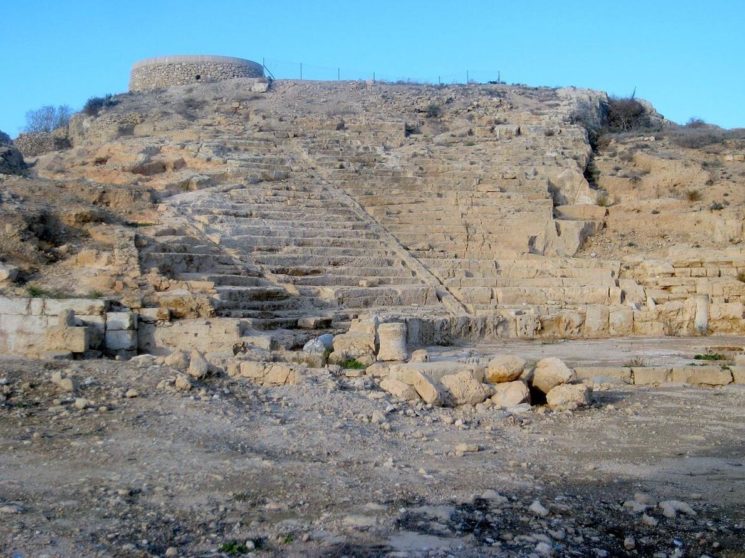 Remains of a Roman theater in Paphos . Cyprus was part of the Roman Empire from 58 BCE.

The folk music tradition and the secular as well as the religious music scene reflect the cultural distinction between the Greek and Turkish people. See Greece (music) and Turkey (music).

From the 16th century there is preserved one of the largest and most representative collections of European medieval music, which testifies that Cypriot music culture at this time received strong impetus from France. The manuscripts include unanimous (Gregorian) and polyphonic church music, motets, ballads, roundabouts and viral songs.