Cambodia is a monarchy in Southeast Asia. The country borders Thailand in the west and northwest, Laos in the northeast and Vietnam in the east and southeast. Cambodia has a 435 kilometer long coast to the Gulf of Thailand in the southwest.

Cambodia is a remnant of the vast Hindu – Buddhist kingdom Khmer people created in the late 500’s CE. The country became independent in 1953. For decades, the end of the 1990s there was a civil war-like state in Cambodia.

In the country the name Kampuchea is used by ‘Kambuja’, ‘the people of Kambu’. The return of the country’s international name to Cambodia was made to distance the country from the Red Khmer regime. Since independence in 1953, the country’s name has been changed several times.

Large parts of the coastline are intersected by bays. Inside is a narrow coastal plain, but mountains reach down to the coast at Kampot. Central plains on the Mekong River and Lake Tonlé-Sap, which is Southeast Asia’s largest lake, flood in May-June. The plain is about three quarters of the country’s area and is bordered by mountain ranges and plateaus.

Cambodia here is a tropical monsoon climate with dry weather from November to April and rainy season from May to October. During the rainy season the temperature can reach 40 degrees and during the dry season fall to 20 degrees.

Cambodia has a strong deforestation rate. From 2010 to 2016, the country’s forest-covered area was reduced from 60 to 45 per cent. This area varies from dense rainforest to mangrove forests along the coast to evergreen deciduous forests and lush bush vegetation of, among other things, lianas, palm trees and bamboo in the northern mountainous areas. The central plain is a savanna.

Modern forestry and war have reduced the populations of large mammals such as tigers, leopards, Malay bears, deer species and three- living mammals, including monkey and squirrel species. There are 212 mammal species recorded.

About 530 species of birds have been identified, including storks, herons and parrots and 240 reptile species, including crocodiles and stray snakes.

97.9 percent of the population are Buddhists, 1.1 per cent are Sunni – Muslims and Christians make up 0.5 percent.

Cambodia is a constitutional monarchy where the king’s position is strong.

Parliament is a two-chamber system consisting of a national assembly (lower house) with 123 members elected in general elections for five years and a senate (upper house) with 61 members. The Government is responsible to the National Assembly. Cambodia’s People’s Party has government power.

Cambodia is divided into 24 provinces including the capital.

It is ordinary conscription. It is a men’s service period of 18 months. The army is considerably larger than the navy and the air defense.

Cambodia is a member of the UN, the World Trade Organization (WTO), ASEAN, the World Bank and the International Monetary Fund. 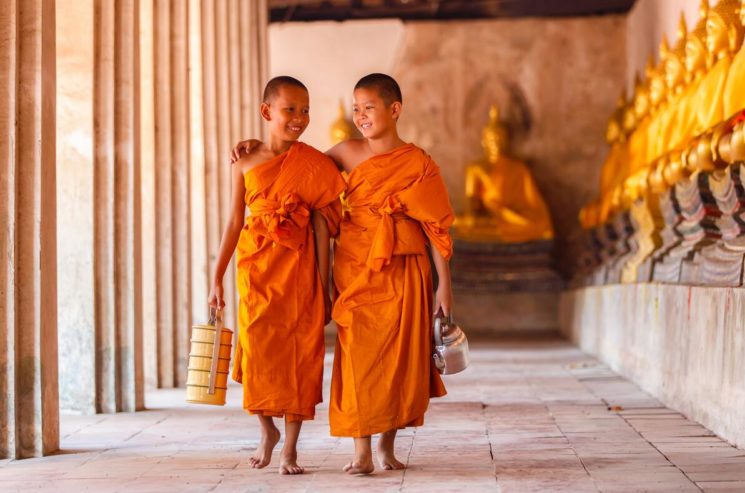 The Angolan kingdom flourished in the area from the early 800s to the 1200s. The most important center of power at that time was the present ruin city of Angkor.

The kingdom was conquered by Thai people in the 15th century and 400 years of invasion from neighboring countries, civil wars and depopulation followed.

To prevent the country from being wiped out by Thailand and Annam, the King of Cambodia in 1866 requested that Cambodia become a French protectorate. Until 1953, Cambodia was administered as part of the Indochina colony, interrupted by Japanese occupation in the years 1941–1945. Cambodia became independent in 1953.

There was a civil war with American and Vietnamese involvement in the period 1970–1975. The Red Khmer ruled the country in 1975–79, a time when almost the entire urban population was forced into the countryside and about 1.7 million Cambodians (one-fifth of the population) died of starvation and disease. The hardest hit were ethnic minorities and religious groups. In 1978, Vietnamese forces invaded the country after massacres of Vietnamese. Red Khmer was overthrown in 1979 and started guerrilla operations.

In 1991, the UN peace plan was signed by all warring parties, and in 1993 the country was reunited as a monarchy and the first parliamentary elections were held after many years of civil war. The Red Khmer dropped weapons in 1999.

In retrospect, bilateral and multilateral development assistance has increased. 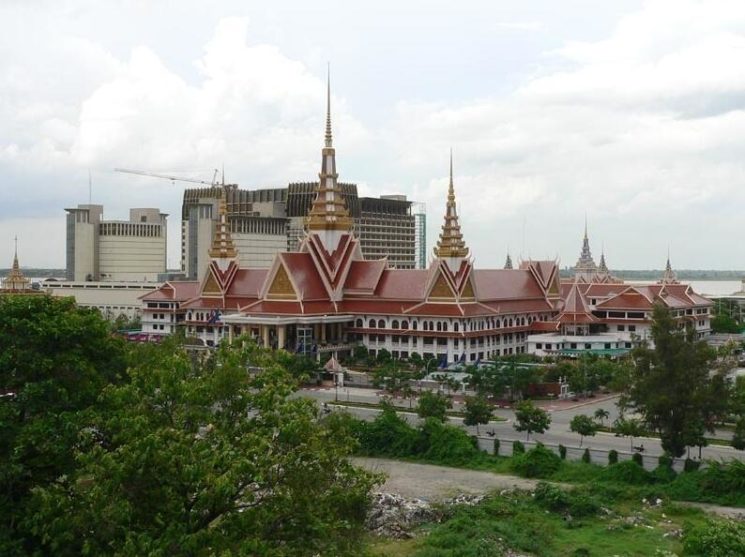 In 2004, King Norodom abdicated Sihanouk and his son, Norodom Sihamoni, succeeded him on the throne. Parliamentary elections were held in 2018.

Cambodia is among the world’s poorest countries. Cambodia is 160th in the list of countries’ gross national income (GNI) per capita. 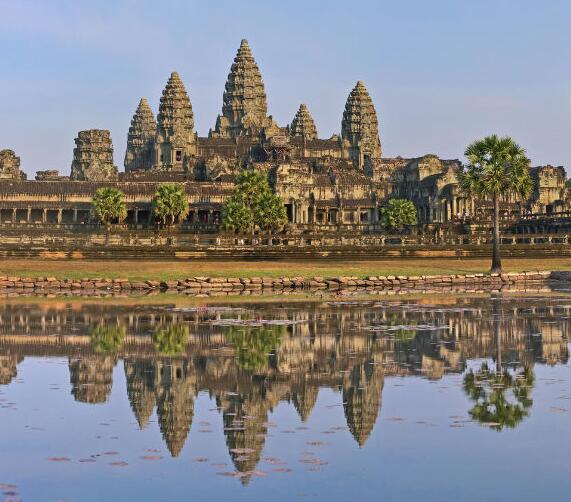 There is only one operational railway line in the country; between Phnom Penh and Sihanoukville. The road network is poorly maintained. The shipping traffic on Lake Tonlé-Sap and the rivers Mekong and Tonlé-Sap is an important domestic means of communication. Phnom Penh, Siem Reap and Sihanoukville have international airports. Sihanoukville is the country’s only deepwater port. Phnom Penh River Port is located 330 kilometers from the mouth of the Mekong in the South China Sea. 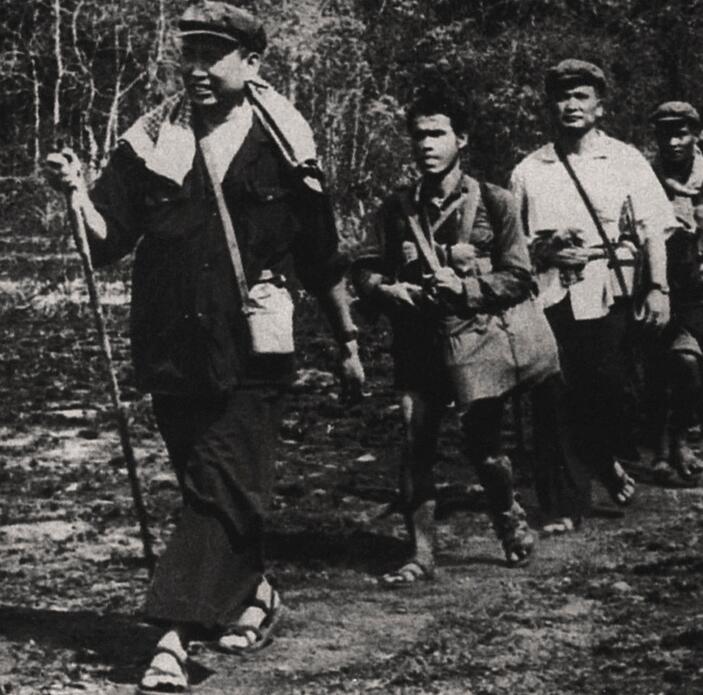 There are six years of compulsory schooling for children aged 6-12. High school is two-fold (three + three years). There are too few schools and teachers. Several higher education institutions have reopened after 1980. Many of the most prominent universities are located in Phnom Penh. 19.5 percent of the adult population is illiterate. 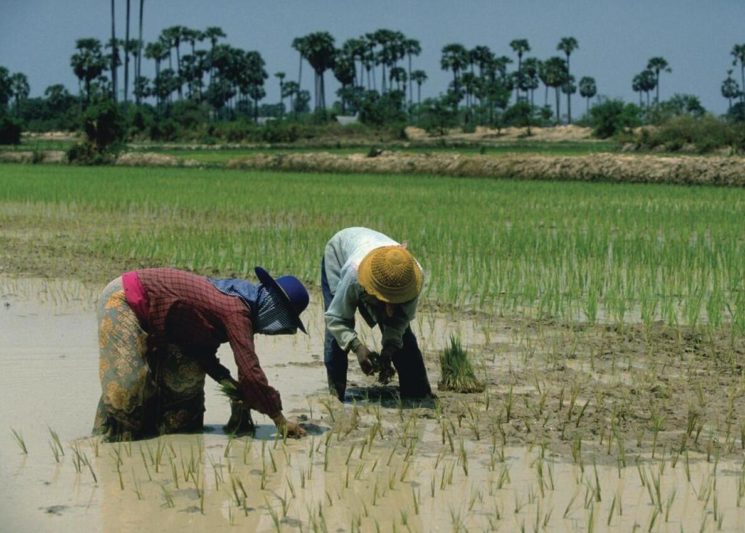 The most famous literary work, the romantic verse poem ‘Tum-Tio’, was written in the 1600s. The first novel in modern Khmer literature was Suphat by Rim Kit, published in 1942. One of the most popular authors today is Loung Ung; her autobiography First they killed dad became an international bestseller.

The best known architecture from Cambodia is the temple ruins of Angkor from about the 800s to the 1400s.

The music is akin to that of neighboring Myanmar, Laos and Thailand. The music scale had five tones; important instruments were xylophone, flutes and drums. The classic Aspara dance got a renaissance in the 1950s. Western music has a great influence on modern Khmer music. There are several karaoke channels on television.

Cambodian dance is divided into classical Khmer dance, folk dance and social dances. In the Red Khmer era, theater life was degraded, but in retrospect a reconstruction took place.