Brunei is a small sultanate in Southeast Asia. It is located on the northwest coast of the island of Borneo and consists of two parts separated by the Limbang district of the Malaysian state of Sarawak, which the country is enclosed by. Brunei has a coastline towards the South China Sea.

Brunei is slightly larger than Østfold county and is the only independent state that is entirely located on Borneo. The country consists of the Temburong enclave in the east and most of the area in the west. The capital is Bandar Seri Begawan. 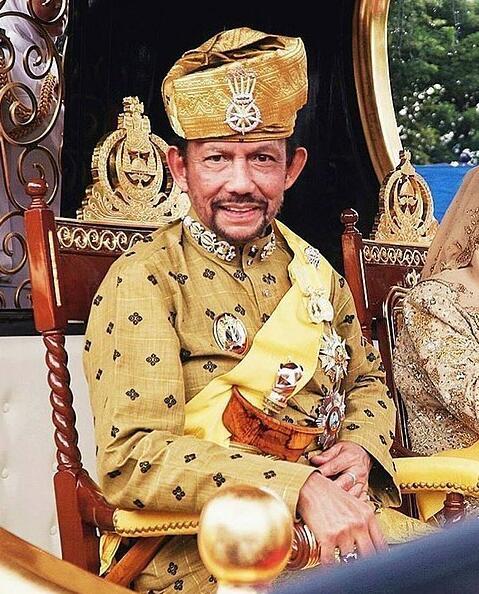 Brunei, which became independent on 1 January 1984, is the eighth richest country in the world in terms of gross domestic product (GDP) per capita due to oil and gas resources. Of the ASEAN countries, only Singapore has a higher per capita GDP .

State ideology is based on Malay Islamic values. The royal house, headed by Sultan Hassanal Bolkiah, manages unequivocally and has a tremendous private wealth.

Sales and public consumption of alcohol are prohibited.

Brunei is an independent Muslim sultanate. The Sultan is the head of state and prime minister, finance minister and defense minister. A council of 14 members elected by the sultan assists him.

There is no elected parliament and political opposition is forbidden.

The country is divided into four districts: Belait, Brunei and Madura, Tutong and Temburong.

Brunei has volunteer military service. The defense consists of army, navy and air force. It is complemented by a semi-military reserve force and a British Gurkha Infantry Battalion.

Brunei is a member of the UN, ASEAN, APEC, the World Health Organization and the Organization for Islamic Cooperation.

In the 16th century, Brunei was a powerful state with control over Borneo and parts of the Sulu Islands and the Philippines. In 1578, the Spaniards conquered Brunei, but were later expelled. Eventually the Sultanate was weakened first by the Portuguese and later by the Dutch; at the beginning of the 19th century, Brunei covered only the northern parts of Borneo.

Brunei became a British protectorate in 1888, was occupied by the Japanese in 1941–1945 and gained internal autonomy in 1959. Oil was detected in 1929, and in 1972 natural gas was found offshore. Since the 1980s, Brunei has also expanded other industries.

On January 1, 1984, Brunei became an independent state. From 1985 to 1988, one political party was allowed, but after it proposed reducing the sultan’s power, it was banned. In 1990, the Sultan announced that the country’s laws should be based on Islam. In 1991, dance, alcohol and gambling were banned.

In 2007, the law of revival was tightened so that the prohibitions against criticizing the sultan or the national ideology became even more far-reaching.

The industry, which is mainly about oil and gas production, contributes 56.6 per cent of gross domestic product (GDP). Petroleum production accounts for 95 of the country’s total exports.

56.6 percent of the country’s working population is employed in the petroleum and other industries, which include, among other things, the production of textiles, cement and furniture.

Agriculture is of little importance and, along with fishing, employs 4.2 per cent of the labor force (2017). The main agricultural products are rice, vegetables, fruits, chickens, water buffaloes and goats.

Brunei does not have income tax for its nationals, who also have free health care and education from primary school to university / college.

Brunei profiles itself as a financial center and as a destination for ecotourism.

Brunei has a 12-year compulsory school. More than 30 percent of schools are private schools. In addition, there are Islamic religious institutes that students visit voluntarily after school. Brunei has a university.

Aduk-aduk is a ceremony dance accompanied by drums, and folk dance Joget Baju Putik is performed during festivals.

The media is considered the sultan’s voice. Freedom of speech and organization is limited and women’s rights are restricted. Radio Television Brunei is the only radio and television company.